What Eric Frein's Life Has Been Like in Jail 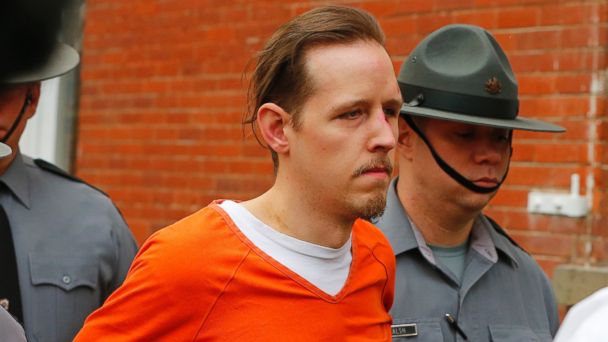 Accused cop killer Eric Frein's four days in jail since he was captured at an abandoned hangar in rural Pennsylvania have been lonely ones, with not a single visitor showing up, authorities told ABC News today.

Frein, 31, has been held at the Pike County Correctional Facility Lords Valley, Pennsylvania, since his first court appearance after he was apprehended Friday, ending nearly seven weeks on the run.

"This inmate has filed for a public defender and the application has been sent. He is allowed visitors and has not had any to my knowledge," Sgt. George Kumburis of the Pike County Correctional Facility told ABC News. "He has eaten the same meals we provide to the general population -- cereal, eggs, sandwiches, etc."

"He does not talk much," Kumburis added.

Frein evaded a massive manhunt for 48 days after allegedly shooting two state troopers on Sept. 12 and fleeing into the woods of the Pocono Mountains. He allegedly shot and killed Pennsylvania State Trooper Bryon Dickson when police say he ambushed the Blooming Grove police barracks, and also shot and injured Trooper Alex Douglass.

He is being held in "max status protective custody" inside a 5-by-8-foot cell, authorities said.