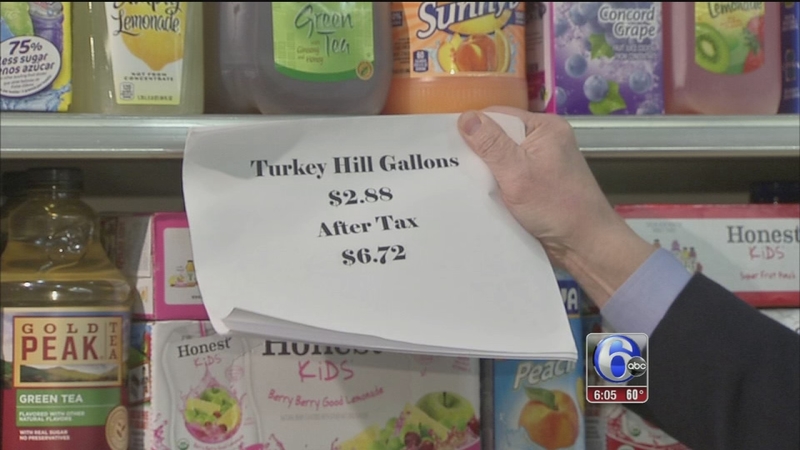 So how will the sugary drink tax play out for Philadelphia consumers?

Critics who have already produced TV spots say the 3 cent an ounce wholesale tax will be passed through to shoppers, penny for penny, dollar for dollar.

But the mayor who wants the tax to help fund expanded Pre-K classes said Thursday he doubted there would be that kind of retail price hike.

"I don't think they are going to do that," said Kenney.

Kenney believes the tax will be diluted or blended first at the wholesale level.

"Same thing in a supermarket. If you have the ability to blend that increased tax though all of your products, it's minuscule," said Kenney.

The mayor said he believes the increased costs will be spread over thousands of retail items.

But McCorkle, the head of the Pennsylvania Food Merchants Association, is emphatic.

"This tax will be passed through directly to the consumer we believe, and I think the mayor knows that," said McCorkle.

He tells us he thinks consumers will cross the border to avoid a $4.15 tax hike on a gallon of lemonade.

Patricia Pratt of Northeast Philadelphia says she would go to Bensalem to escape the tax.

The tax targets only sugary drinks, not high-fat foods.