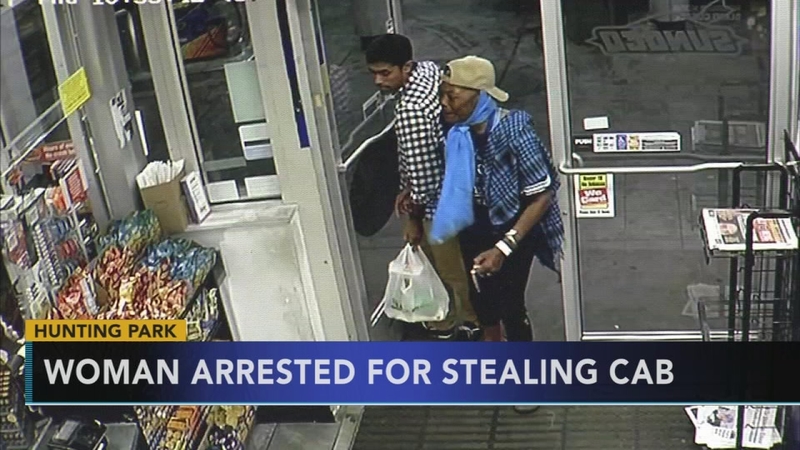 HUNTING PARK (WPVI) -- Philadelphia police have identified the 65-year-old woman charged with stealing a taxicab, pretending to be a driver and picking up a customer early Thursday morning.

Betty Thomas, of the 100 block of East Mayland Street in Philadelphia is charged with Theft-Unlawful Taking, Theft of Services, Theft-Receiving Stolen Property, Terroristic Threats, and Unauthorized Use of Auto.

The strange incident started around 12:30 a.m. Thursday when a real cab driver picked up the woman in Hunting Park.

The woman said she wanted to grab a drink at a gas station in the 4100 block of North Broad Street.

The cab driver got out of his vehicle to help the woman because she had trouble walking. Surveillance video shows the cab driver escorting the woman into the gas station convenience store.

But then, the cab driver told police, the woman jumped into the driver's seat of the cab, which still had the keys in it, and took off.

Officers spotted the cab and the woman a half hour later and pulled her over in the 3900 block of Whitaker Avenue.

A woman and her 10-month old baby girl were passengers in the back seat. Police say they didn't know the cab was stolen.

Police took the suspect into custody.