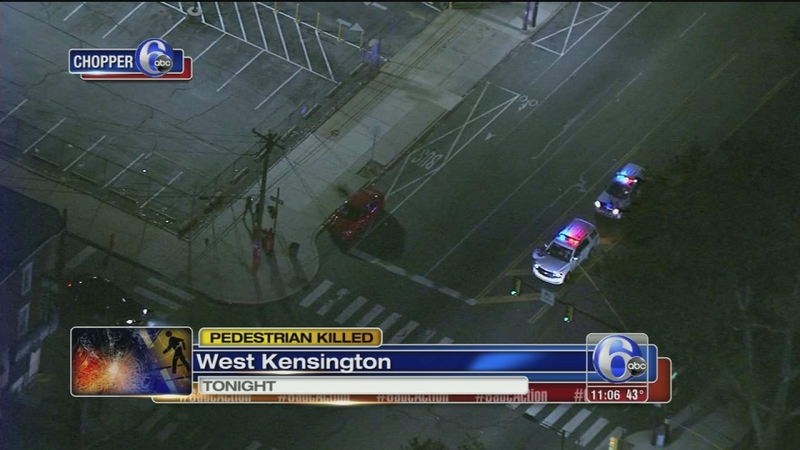 WEST KENSINGTON (WPVI) -- A woman was killed after being struck by a car in Philadelphia's West Kensington section.

It happened shortly before 6 p.m. Friday at A Street and Lehigh Avenue.

Police say the 23-year-old woman was attempting to cross Lehigh Avenue outside of the crosswalk when she was hit by a red Honda Civic.

She was rushed to Temple University Hospital - Episcopal Campus where she was pronounced dead at 6 p.m.

The driver of the striking vehicle, described only as a man, drove a short distance up the road and parked on the opposite side of the street.