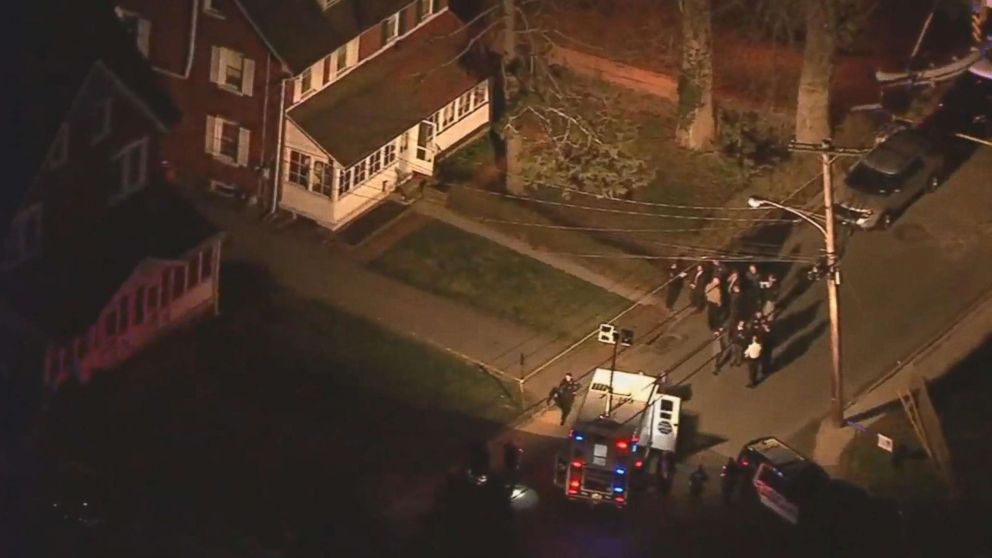 A woman who police say carried out a calculated plan to kill her husband's mistress brought a trove of items with her including binoculars and ammunition.

Jennair Gerardot, 47, of Wilmington, Delaware, knew about her husband's affair with 33-year-old Meredith Chapman of Pennsylvania, according to Radnor Township Police.

Gerardot rented a car about two weeks ago in Wilmington and on Monday drove near Chapman's house in Radnor Township, a Philadelphia suburb, and parked on a side street, police said.

Gerardot broke into Chapman's house and waited for her to come home, police said. As soon as Chapman walked in the door, Gerardot shot her in the head, police said.

Gerardot then turned the gun on herself, shooting herself in the head, according to police.

Jennair Gerardot's husband, Mark Gerardot, was in the driveway when officers arrived at the scene. He told them, "My wife may be inside," police said.

Police said they believe Mark Gerardot was in the area because he had planned to meet Chapman for dinner, and when she didn't arrive, he became concerned and went to her house.

"Everyone who knew and worked with Meredith is heartbroken," Tippett told ABC News via email. "As a proud alumna of UD, her commitment to her work was exceeded only by her boundless energy. She believed earnestly in the power of communication to bring people together, whether to achieve their collective goals or simply to share their stories. We will miss her."

Chapman also worked as an assistant vice president of marketing and creative services at Villanova University and ran for the state senate in Delaware in 2016.

A former student remembered Chapman as a mentor and role model.

"She was a vibrant and engaging teacher who went out of her way to help grow the communications careers of students at the university -- young women in particular," the student told ABC News via email.

"During her 2016 run for district senate a group of students, including myself, helped to support her campaign and she let us know that working with her UD students motivated her to be a better professor and advocate for a stronger education system and job opportunities for the next generation," the student said. "Even though she lost the election, Professor Chapman accepted her loss with grace and utilized it as a teaching moment to inspire us all to take risks and pursue our passions no matter the odds."
Report a correction or typo
Related topics:
abc newsnational
Copyright © 2020 ABC News Internet Ventures.
More Videos
From CNN Newsource affiliates
TOP STORIES