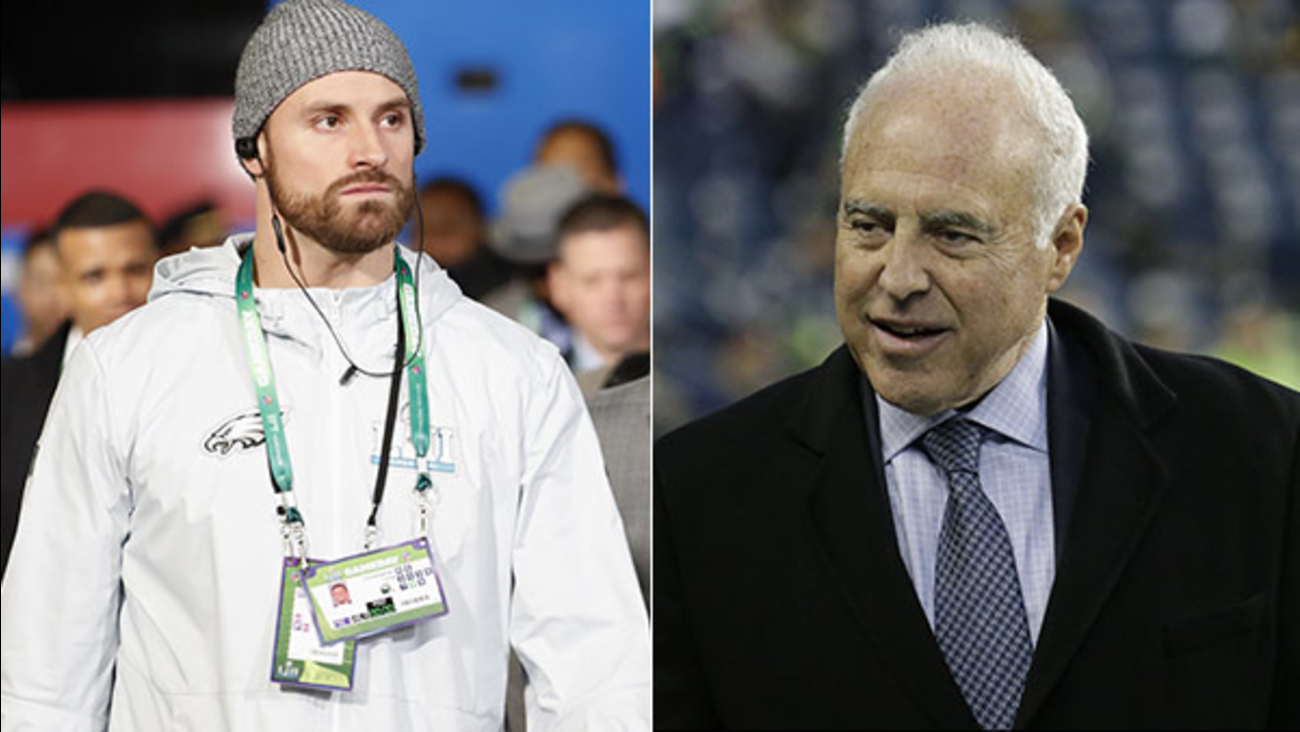 Audiotapes obtained by the New York Times reportedly reveal what happened behind closed doors in a meeting between 30 people including NFL owners, players, and Commissioner Roger Goodell about national anthem protests and the response of President Donald Trump.

Philadelphia Eagles owner Jeffrey Lurie and lineman Chris Long were among those in the meeting, according to the Times.

The three-hour huddle held last October occurred in the wake of growing public hostility from fans.

"Let's make sure that we keep this confidential," Commissioner Roger Goodell reportedly said to begin the meeting.

Patriots owner Robert Kraft, a friend and supporter of the president, called players kneeling the "elephant in the room," according to the Times.

Kraft reportedly said, "The problem we have is, we have a President who will use that as fodder to do his mission that I don't feel is in the best interests of America. It's divisive and it's horrible."

But Jacksonville Jaguars owner Shahid Kahn, who locked arms with his players in late September, took the opposite view, reportedly saying, "All the damage Trump is going to do is done."

And for some players, the paper says the focus was on Colin Kaepernick.

They openly asked why after over two years the quarterback is still out of a job.

It's something Kaepernick said he anticipated at the time.

"You're going to have that backlash for trying to fight for people," Kaepernick told The Undefeated in 2016.

Eagles star defensive end Chris Long reportedly spoke out at the meeting saying, "We all agree in this room as players that he should be on a roster."

"If he was on a roster right now, all this negativeness and divisiveness could be turned into a positive," Long said, according to the Times.

According to the Times, Lurie called Trump's presidency 'disastrous.'

Lurie reportedly said, "We've got to be careful not to be baited by Trump or whomever else. We have to find a way to not be divided and not get baited."

After the meetings, the league and players association issued a joint statement:

"Today owners and players had a productive meeting focused on how we can work together to promote positive social change and address inequality in our communities. NFL executives and owners joined NFLPA executives and player leaders to review and discuss plans to utilize our platform to promote equality and effectuate positive change. We agreed that these are common issues and pledged to meet again to continue this work together."

Since this meeting, owners agreed to fund $100 million over seven years for social justice causes.