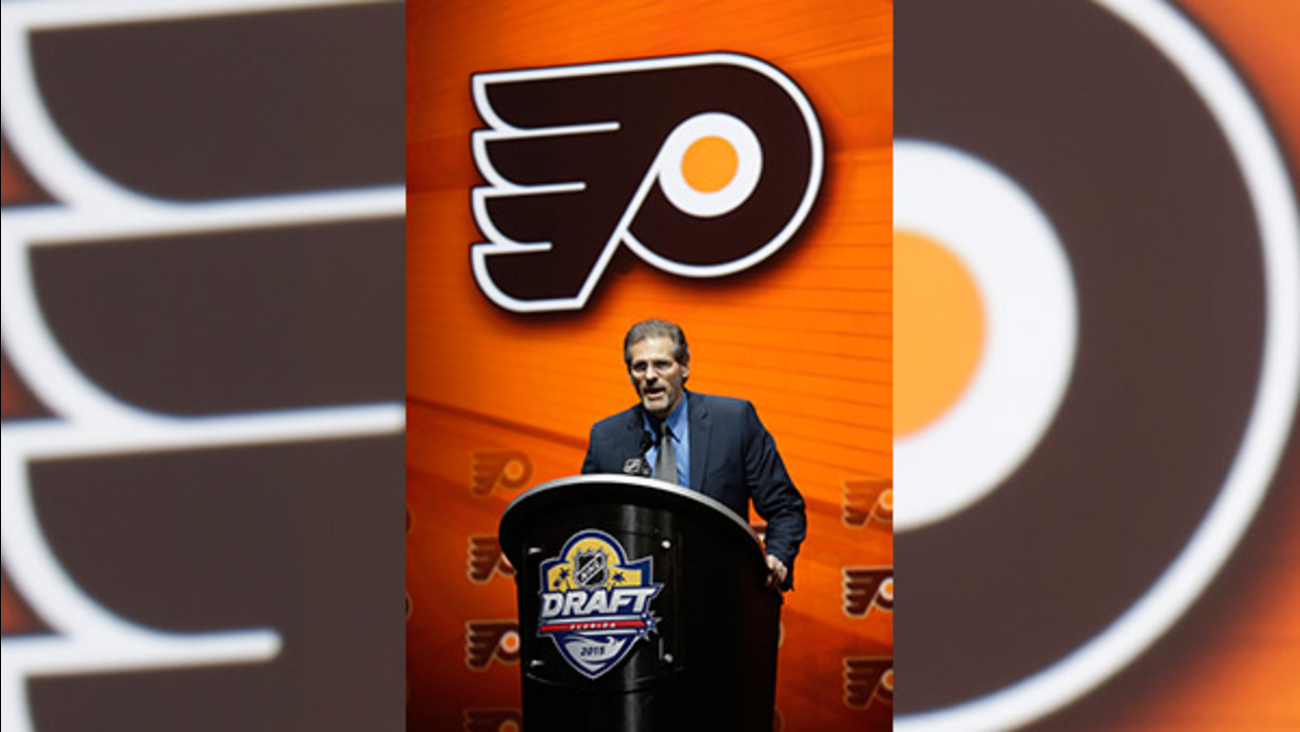 The Philadelphia Flyers made a huge jump in winning the second spot in the NHL draft lottery Saturday.

Given just a 2.2 percent chance of winning, the Flyers went from 13th to second.

The #Flyers are hoping to hit big in Saturday’s #NHLDraft Lottery → https://t.co/JWejOXweyK pic.twitter.com/l1sPLMqjcu

"I feel like we had a lot of bad luck this year," Flyers GM Ron Hextall said. "Hopefully, in years to come, we'll look back at this as a huge turning point for us."

No team has ever made a bigger jump than the Flyers since the lottery was introduced in 1995.

Hextall wasn't the only one happily stunned by a lottery that essentially scrambled the bottom half order of the NHL standings.

The Dallas Stars also made a big jump. The Stars moved from the eighth spot to third.

A few weeks after the New Jersey Devils closed their worst season in nearly 30 years, general manager Ray Shero has something to smile about.

"We finally won something," Shero told The Associated Press by phone shortly after the Devils won the NHL draft lottery. "It's the first piece of great news the Devils have had for a while to be honest."

Given only an 8.5 percent chance of winning, the Devils bucked the odds by vaulting four teams including the last-place Colorado Avalanche and expansion Vegas Golden Knights for the right to the first pick in the draft.

Lady luck certainly wasn't on the side of the teams who finished with the NHL's worst records, or the Golden Knights . Vegas will select sixth, moving back three spots from where it was slotted. Vegas and its desert rival Arizona Coyotes were each awarded the third-best odds to win at 10.3 percent.

The Coyotes fell the furthest, moving back to seventh.

Golden Knights general manager George McPhee simply shrugged when asked about the results while in Washington, where he attended Game 2 of the second-round playoff series between the Capitals and Pittsburgh Penguins.

McPhee's day got off to a bad start when flight delays prevented him from traveling to attend the lottery in Toronto.

And then there's the Avalanche, who entered with best odds to win the lottery, but fell three spots and will select fourth.

The seven-round draft will be held in Chicago on June 23 and 24.

NHL Central Scouting ranks Brandon Wheat Kings forward Nolan Patrick as its top draft-eligible prospect even though he missed 35 regular-season and four playoff games due to injuries. Listed at 6-foot-2 and 200 pounds, Patrick finished with 20 goals and 46 points in 33 games.

A year earlier, Nolan was named the Western Hockey League playoff MVP in leading Brandon to win its first title in 20 years.

The lottery hasn't been kind to teams finishing last. This was the 11th time the team with the best odds failed to win.

This marks the second time the Devils won the lottery. They also won it in 2011 despite having a 3.6 percent chance after finishing with the eighth fewest points. New Jersey, could only jump four spots under the previous rules.

Shero completed second season in New Jersey, where the Devils are essentially rebuilding from scratch after missing the playoffs for a fifth consecutive year. They finished with 70 points, their fewest in a non-labor-shortened season since managing 66 in 1988-89.

With his biggest fear entering the lottery being the Devils falling back as far as eighth, Shero is now happily facing questions of who he'll pick.

"I'm a worst-case scenario guy and this is the best-case scenario," Shero said, noting it's premature to make any decisions. "I like the name Nolan, though I like Swiss guys. I like them all."

The Devils' franchise has had the first pick once, in 1979, when the then-Colorado Rockies selected Rob Ramage.

The only two teams who retained their positions based on the standings were Tampa Bay, who will select 14th, followed by the Islanders. The remaining 16 draft positions will be determined based on the playoffs.

Moving to third was a great consolation prize for Stars GM Jim Nill, following a season in which he fired coach Lindy Ruff and replaced him with former Dallas coach Ken Hitchcock.

"Nobody wanted to be where we're at during the season for different reasons, but there are some good things can happen," Nill said. "We're you're picking, it's an asset. And our asset value just went up."

This year's crop of prospects lacks both the buzz of the previous two year's draft classes and is also short of top-end defensive depth.