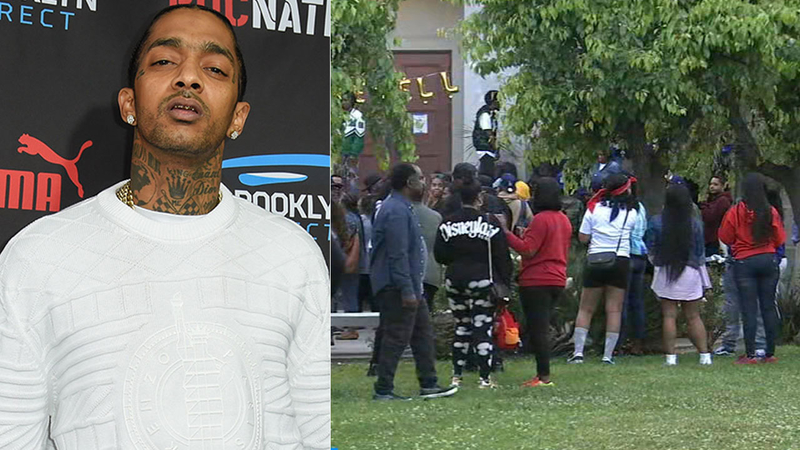 PALMS, LOS ANGELES -- Hundreds of fans and former classmates of Nipsey Hussle gathered at the Los Angeles high school he attended to remember the slain rapper for his music and his contributions to the community.

Hussle attended Hamilton High School in the Palms neighborhood. About 200 to 300 friends and former classmates gathered at the school to remember Hussle, who was born Ermias Joseph Asghedom.

Hussle was shot and killed on March 31 in front of the Hyde Park clothing store he owned.

Police later arrested Eric Ronald Holder Jr., in the shooting, saying it was the result of a personal dispute between the two men.

People gathered at the vigil shared memories of the 33-year-old rapper and praised his musical contributions.

"I had the pleasure of meeting him back in 2004," said Tamiko Carson, a Hamilton High alumna. "I was shopping at Target and we just started talking. And he was just such an amazing young man. The mark he left on this world - it will never be replaceable. There will never be another person who can match what he's done."