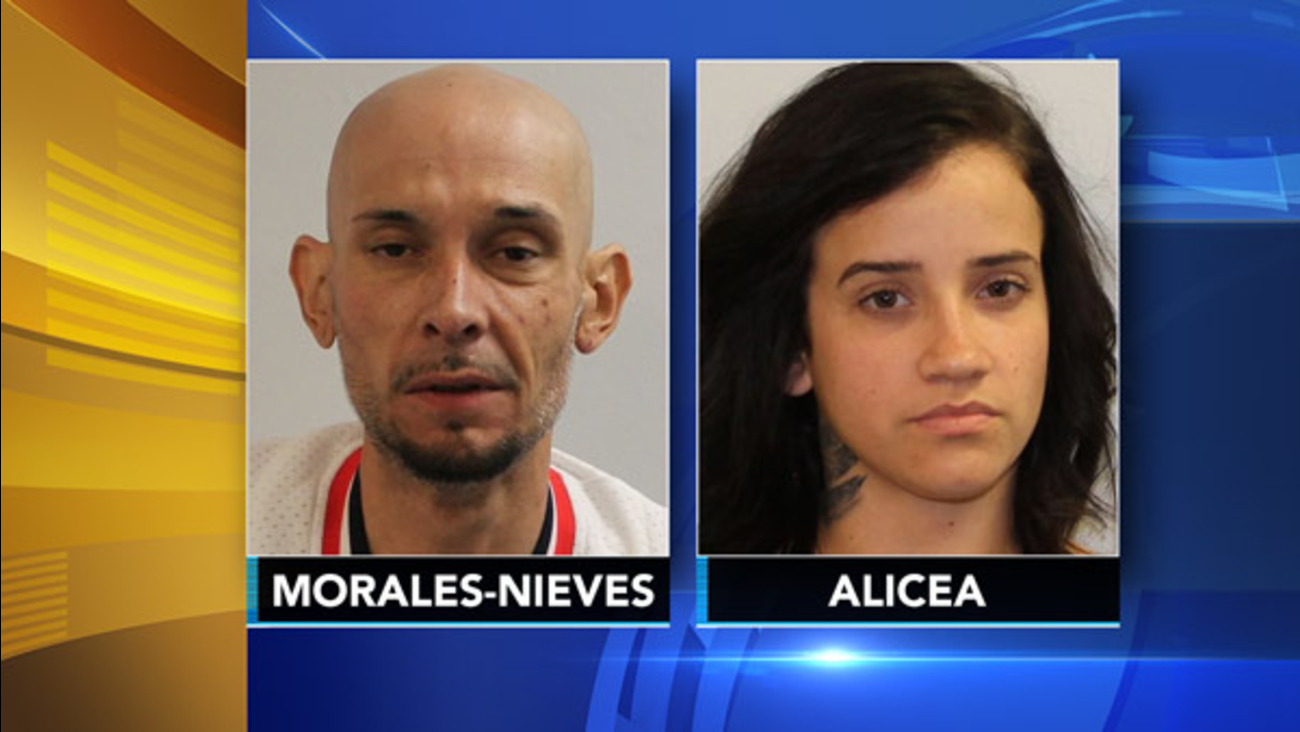 GLOUCESTER TWP., N.J. (WPVI) -- The New Jersey State Police arrested a man and woman from Philadelphia and seized more than $2,100 worth of drugs.

They also recovered a handgun.

It happened around 11 p.m. Saturday during a traffic stop on State Highway 42 southbound in Gloucester Township.

Trooper Justin Dolan stopped the vehicle for a traffic violation.

During the stop, the trooper arrested 38-year-old Jose Morales-Nieves for suspicion of DWI.

State police say the trooper then discovered that Morales-Nieves and 24-year-old Kimberly Alicea were in possession of 15 grams of crack cocaine, 30 grams of marijuana, prescription legend drugs, drug paraphernalia, a loaded 9mm handgun with hollow-point ammunition, and more than $13,900 cash.

Morales-Nieves was also charged with criminal under the influence and DWI.

They were both taken to the Camden County Jail and are awaiting a bail hearing.