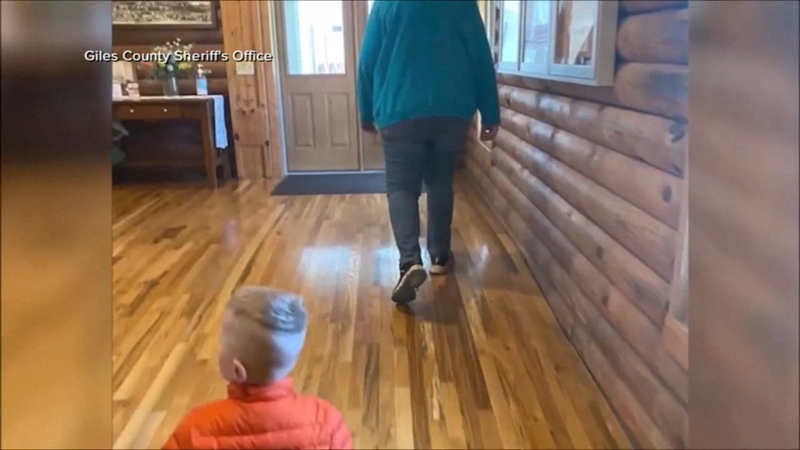 Two people are in custody after a 2-year-old boy was lured from a church nursery in Virginia over the weekend.

He was later found in a home with his head shaved but otherwise unharmed.

Investigators are asking for witnesses to come forward who might have seen how he was kidnapped during church services last Sunday morning.

Police said a woman was seen leading 2-year-old Noah Trout out of the church nursery in Ripplemead, Virginia.

Authorities have identified her as 44-year-old Nancy Fridley and they say she had no connection to the child or his family.

"We have been unable to determine a motive for Noah's abduction," Giles County Sheriff Morgan Millirons said.

They say the child was found safe the next day about two hours away in eastern West Virginia.

According to police, he was being held at the home of Fridley and her boyfriend Bobby Taylor. Both are now facing felony abduction and drug charges.

"FBI agents and a tactical unit from the Virginia State Police saw a child matching Noah's description in the home," Millirons said.

Police reported that the child was unharmed but said that all his hair was shaved off his head.