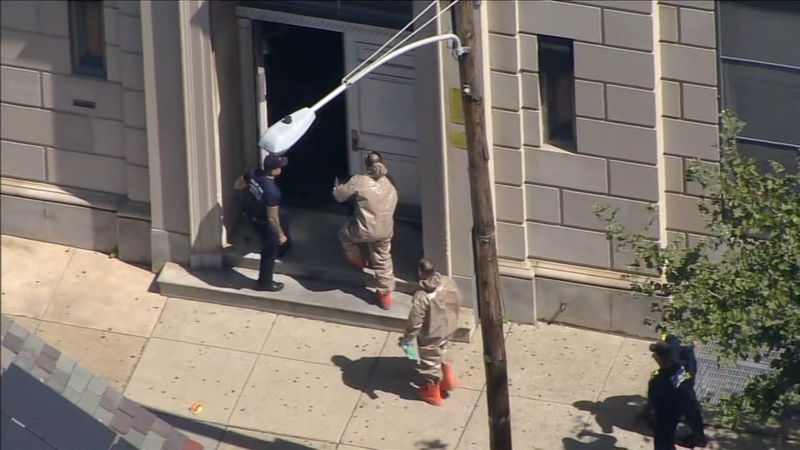 PHILADELPHIA (WPVI) -- Philadelphia officials are trying to figure out where a vial of acid came from after it broke in the basement of the Julia Masterman Laboratory and Demonstration School and caused a cloud of smoke.

School officials evacuated the school at N. 17th and Spring Garden streets Tuesday afternoon as a precaution after reports of smoke in the basement and hallways.

Officials gave the all-clear after roughly 20 minutes and allowed students to finish out the first day of school.

Hazmat was later called in after investigators found a substance in the basement.

A law enforcement source familiar with the case said it turned out to be acid.

The school district confirmed that the substance was non-toxic and wasn't anything to cause further alarm.

Several parents at the school told Action News they were happy with how administrators notified them through voicemail about the evacuation.
Report a correction or typo
Related topics:
spring garden (philadelphia)evacuationphilly newshazmatschoolstudents
Copyright © 2021 WPVI-TV. All Rights Reserved.
More Videos
From CNN Newsource affiliates
TOP STORIES