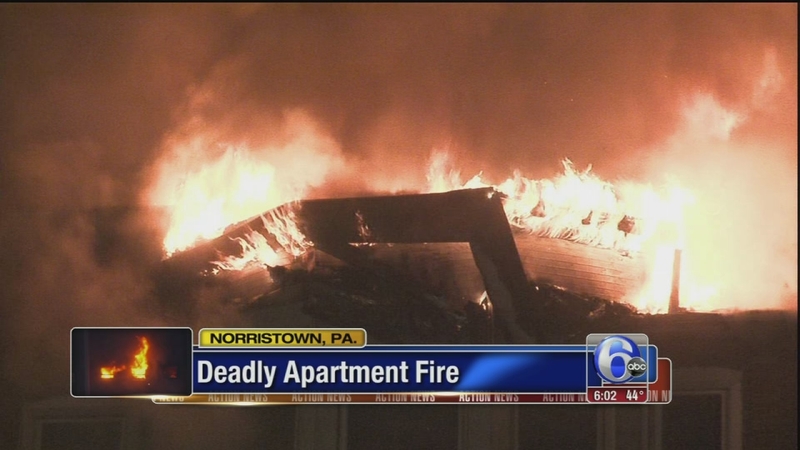 NORRISTOWN, Pa. (WPVI) -- One person is dead and three other people were injured in a massive fire at an apartment building in Norristown.

The 4-alarm blaze broke out just before 1:00 a.m. Wednesday at the Norris Apartments in the 600 block of Swede Street.

Firefighters responded to a report of fire in the basement. They arrived to find flames shooting from the second and third floors of the 6-story building.

The blaze eventually spread to the roof and caused a partial collapse of the building before crews were able to get the upper hand.

People were rescued from both inside and outside the building.

"We were getting multiple reports of people trapped on all four levels," said Norristown Fire Chief Tom O'Donnell. "There were rescues done from inside the building by firefighters, outside by aerial devices. Crews had their hands full by the time they got here."

One resident initially rescued from the building made it to the hospital but later died.

Three others were hurt, including a firefighter who suffered injuries to his hand while searching for people trapped.

Buildings on the entire block were evacuated.

In all, 30 people were forced to flee into the cold. They were transported on a SEPTA bus to a temporary shelter at Norristown High School.

The American Red Cross is caring for 15 people. They closed the temporary shelter and put those residents in local hotels. 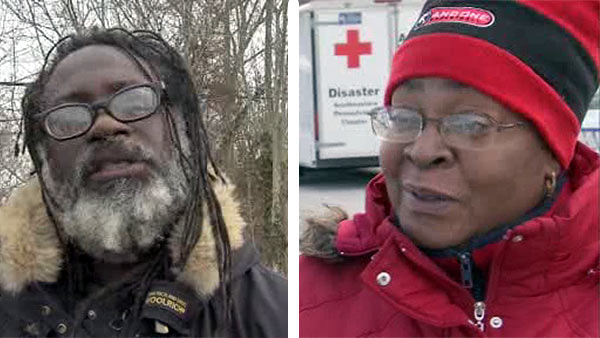 Davis lived in Apartment 105 and is getting help at the shelter. She's grateful to be alive.

"My neighbor came in off the fire escape, because I went in the opposite direction instead of heading for the fire escape. But he heard me hollering and came in and got me," she said, adding that she's thankful for his help. She said the two are best buddies now.

"It was a lot of smoke coming from the 12th floor," said resident Edward Bempah. "And so I knew I had little time to get out."

"The smoke was coming in such a way that anyone who laid eyes on it knew it was serious. The first thought was to grab what was most important and run out," he said.

He managed to grab a few valuables, and that's all. He said it was not clear where the fire was coming from.

"Everybody was running around. They were panicking because they couldn't find the source of the fire," he said.

The blaze was finally declared under control some time before 5:30 a.m.

Fire officials believe the fire may have started when someone threw something flammable down the trash chute - igniting material in the basement dumpster.

Smoke alarms and the sprinkler system were activated, but it wasn't enough. The rear of the building partially collapsed.

Building inspectors will determine how much of the building may need to be demolished.

A number of agencies are involved in the investigation. 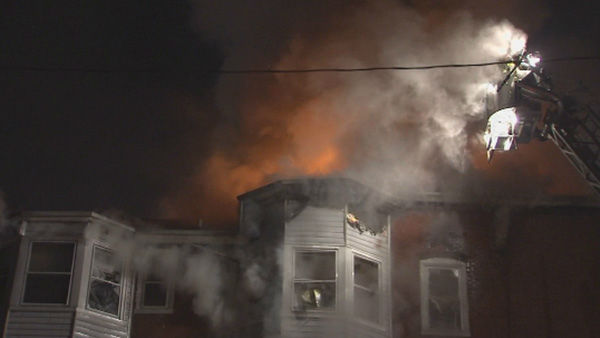