One student refused treatment and the others were taken to area hospitals, Charlotte officials said.
AP 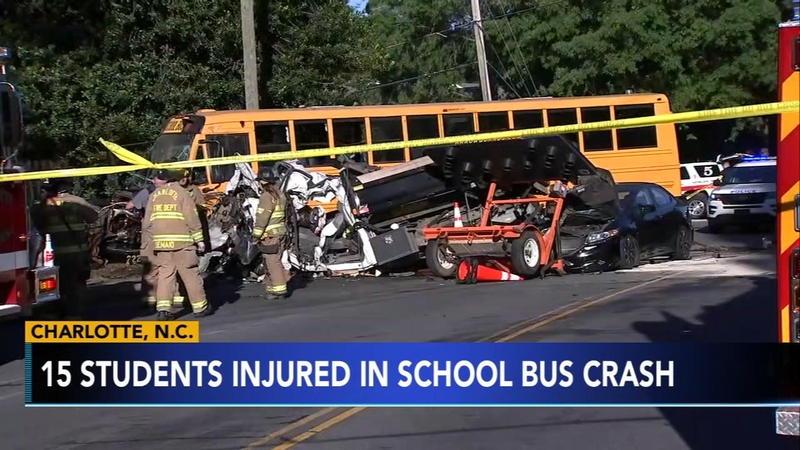 Officials said the crash happened in Charlotte when a Charlotte-Mecklenburg Schools bus headed to South Mecklenburg High School was involved in a crash with a dump truck and another car, news outlets reported.

One person had life-threatening injuries and another had serious injuries, but the 15 children aboard the bus suffered minor injuries, Medic and school officials said.

One student refused treatment and the others were taken to area hospitals, officials said.