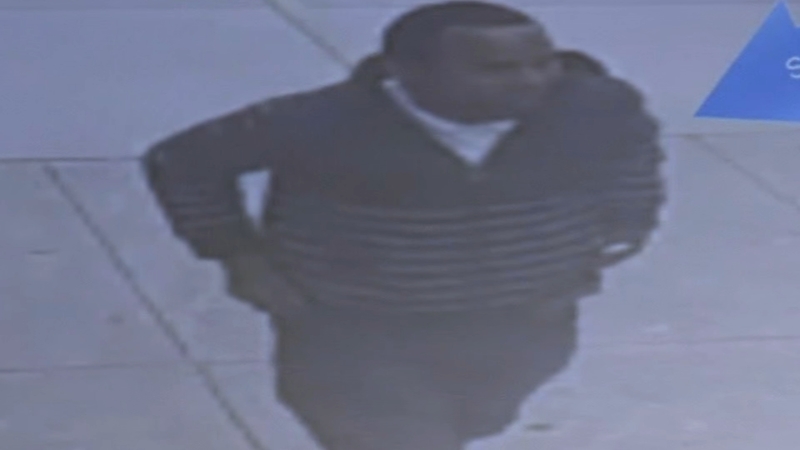 PHILADELPHIA (WPVI) -- Philadelphia police released new, chilling video of a man believed to be a serial attacker preying on women on the 800 block of North 15th street.

Detectives with the Special Victims Unit say he attacked three women in the span of 30 minutes in broad daylight Sunday; all three incidents were caught on camera.

Police say in the first incident, he's seen running up behind victim number one and attacks her before she's able to break free.

Five minutes later he strikes again, this time lurking in an alley. He runs up behind victim number two, grabs her, pushes her up against a car for at least a minute before a good Samaritan walking by helps free her from his grasp.

#NOW @PhillyPolice SVU day while investigating attempted abduction on the 800 block of North 15th Street, Detecives discovered there were two more female victims in the same area, prior to the third incident, believed to be accosted by the same suspect @6abc pic.twitter.com/1gspzz8RIh

Have you seen this man? @PhillyPolice say he is behind three broad daylight attacks on women in the span of 30 minutes on Sunday. It happened on the 800 block of North 15th Street. One of the victims he accosted for 60 second seconds before a Good Samaritan helped free her @6abc pic.twitter.com/oam4wgja7M

"I heard a girl screaming and I looked out the window, and I saw a young girl run across the street from here to there," said Molly Kaiser, who saw the third victim moments before police arrived, but had no idea the suspect was a serial attacker.

Police don't believe the suspect lives on the North Philadelphia block but do believe he's familiar with the area.

Police also fear these three incidents may not be his only attacks.

Detectives say the suspect may have possibly exposed himself in a nearby neighborhood before the string of attacks.