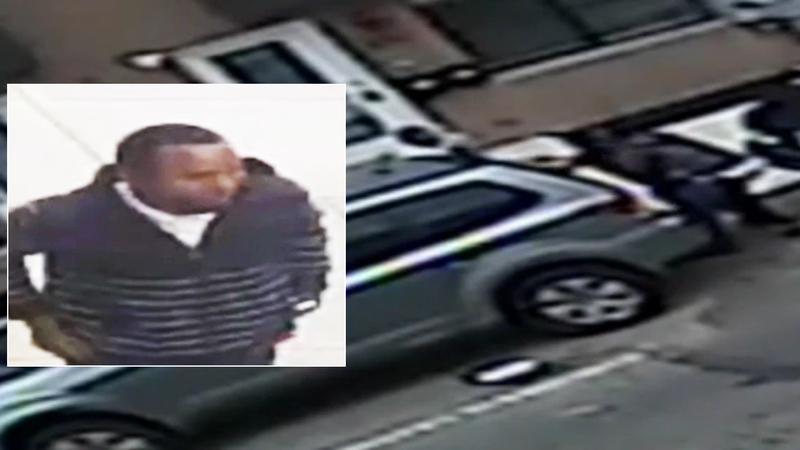 PHILADELPHIA (WPVI) -- Philadelphia police say this past Sunday morning the same man attempted to abduct and assault three women on the 800 block of N. 15th Street.

Neighbor Jeanine Avery said, "I heard her scream, but I heard a scream maybe like a half-hour prior."

But according to police, the first incident happened right around 9 a.m.

In the video, you can see the victim walking down 15th Street. Then the suspect comes into the frame. It appears he was hanging out on a porch.

Then in another camera angle, the victim realizes he's positioned himself behind her and she quickly runs away.

However, the second victim wasn't as fortunate. Minutes later, video shows the suspect come up on the victim and this time he grabs her. You can see he's beginning to assault her behind a car. Luckily, in this case, a man walking by holding a dog helps her.

The good Samaritan begins to drag her away while the suspect continues the assault. Eventually, he lets go and flees again.

Then the third attack happens. The young lady is able to fight him off and scream until he gives up.

He says when the suspect struck a third time, he rushed outside to help.

"I put my clothes on and I ran downstairs to see where he was at," said Mamadou.

He says the suspect ran away just before he got outside.

But if he comes back he said, "I have to do something about it. It's my neighborhood. He's messing with little girls and that's a completely different story."

Now, police say the first two attacks went unreported. They were only discovered by going through a security camera for the third attack. So it's possible there maybe be more victims.