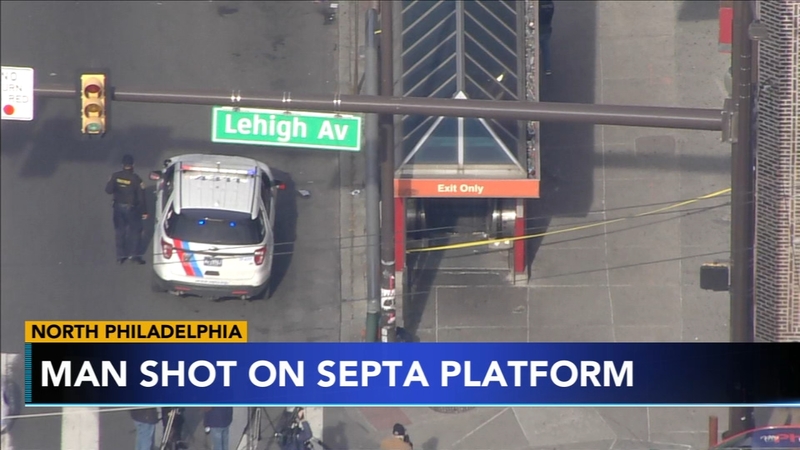 PHILADELPHIA (WPVI) -- Philadelphia police are investigating a shooting that left one man critically injured Thursday afternoon at a SEPTA station.

The incident happened just before 1 p.m. on the 2700 block of N. Broad Street on the southbound side of the North Philadelphia station on the Broad Street Line.


Police say a 34-year-old man was shot twice in the right thigh after an argument started between the victim and a woman.

That's when police say another person got involved and shot the man twice.

Officials say the shooting happened in front of a police officer.

The victim was transported to Temple University Hospital and is listed in critical condition.


Officials confirm an arrest has been made and a weapon has been recovered.