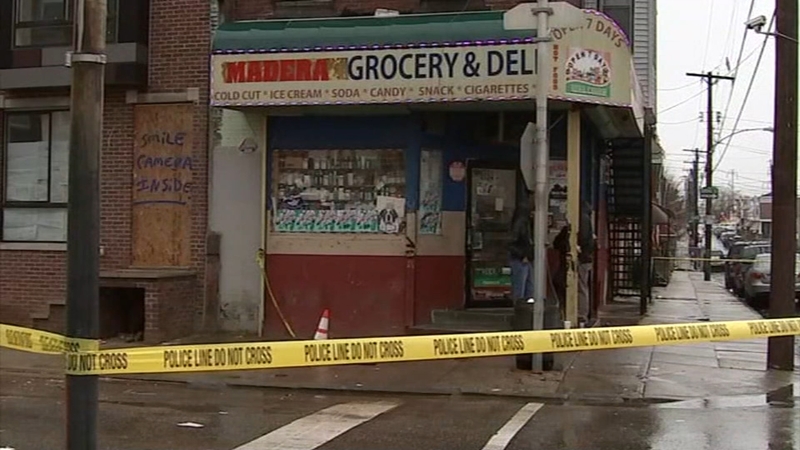 PHILADELPHIA (WPVI) -- A police officer stood outside the Madera Grocery and Deli at N 27th Street and West Montgomery Ave. on Monday afternoon. The store was closed to customers as police waited for the medical examiner to arrive at the store.

Inside was the body of a man who had been shot to death.

Felix Rodriguez, who has owned the store since 2009, says it all started with an argument.

"The kitchen guy and the guy that was in the store, they argued," said Rodriguez. "When they were fighting, the kitchen guy got a gun and did the shot. I don't know how many shots."

Rodriguez says employees told him there was an argument between a man who had come to the store, someone who was outside and the kitchen employee. He believes the incident was a personal matter between the people involved.

But police say it was a robbery. Officers made an apprehension, but wouldn't say whether it was the employee who was arrested.

Action News cameras caught police handcuffing two men and putting them into the back of squad cars. Police have not said what role, if any, either man played in the incident.

The person who was shot is a man in his 30s.

He was shot twice in the chest and was pronounced dead at 1:26 pm.