Police on patrol were just blocks away when they heard multiple gunshots.
WPVI
By 6abc Digital Staff 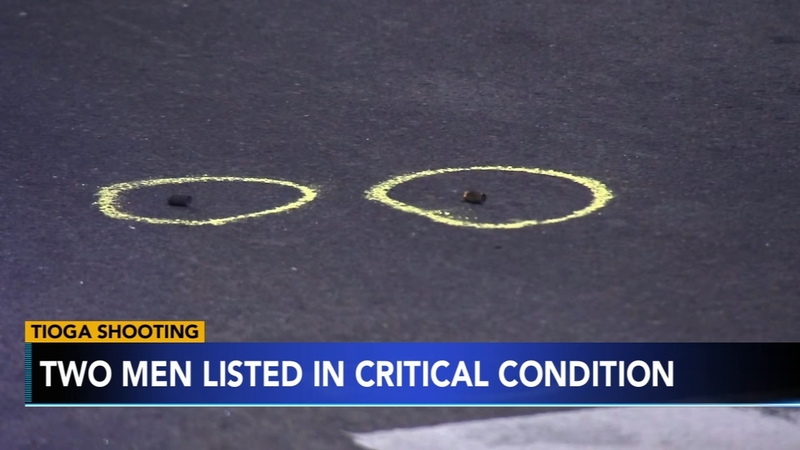 It happened just before 3 a.m. Tuesday on the 1200 block of Tioga Street near Germantown Avenue.

Police on patrol were just blocks away when they heard multiple gunshots.

They responded to the scene and found two men, ages 23 and 28, sitting on the sidewalk suffering from multiple gunshot wounds.

Police say the two men were in a Nissan when someone opened fire.

The suspect fired at least seven shots, striking the vehicle on the passenger side and the rear windshield.

Both men were struck twice in the back.

Police say the Nissan came to a stop after hitting a parked unattended vehicle.

The two victims were able to get out of the vehicle and were found sitting across the street.

They were taken to Temple Hospital in critical condition.

Police say a suspect was last seen fleeing on foot.

Just after 11 a.m., Temple police tweeted that a male had been arrested in connection to the shooting.

A male was arrested connected to this shooting.