Residents forced to start over after devastating fire in Northeast Philadelphia 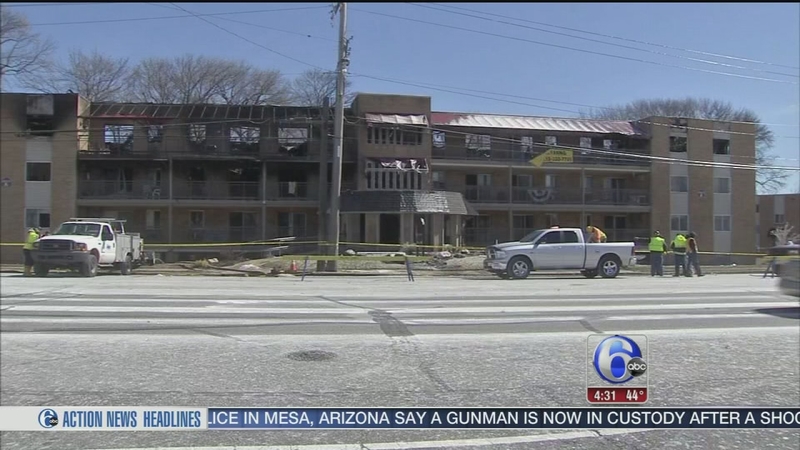 VIDEO: Residents forced to start over after devastating fire

NORTHEAST PHILADELPHIA (WPVI) -- It will be a long road to recovery for dozens of people who lost everything when a wall of fire swept through their apartment complex.

Flames overwhelmed the building on Academy Road in Northeast Philadelphia Tuesday night, destroying 116 units in all.

The heartbreaking reality is just setting in for many.

"That's my apartment where that fire is. I lost everything," one woman told us.

Residents were in shock last night as they watched the flames rip through their building.

It stated around 4:45 p.m. and went to four alarms, raging for more than three hours. By then 116 apartments had been wiped out.

Linda Vlassakis was visiting a relative in a third floor apartment. She says, "Everyone was rushing out. And some people were even going back in because they left their animals... It was awful. It really was, because they lost everything - they lost absolutely everything."

Firefighters were hampered by heavy winds that helped spread the flames from one end of the building to the other.

Five people suffered minor injuries as residents made it to the safety of a nearby church.

They were later bused by the Red Cross to Lincoln High School where about 60 of them spent the night.

Fire department investigators were on the scene today along with federal ATF agents.

The fire started in a basement utility room, but there's no word yet on how it got started.

Now, over 100 residents of the building are starting over.

Resident Ed Boyorschoel tells us, "There's no words to describe it, to be honest with you... because it's been my home for two years. My first apartment by myself. I'm divorced, so you know... I'm just glad everyone got out. That's all I'm saying."