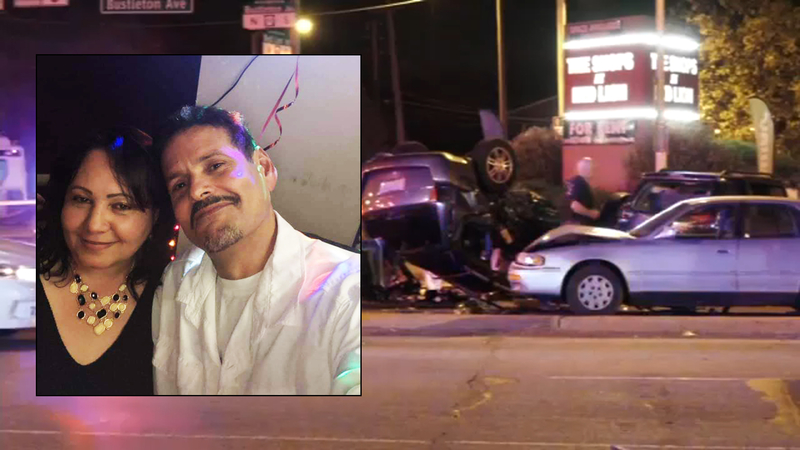 BUSTLETON (WPVI) -- The two people killed in a six-car hit-and-run crash in the Bustleton section of Philadelphia have been identified.

The victims are Juan A. Lopez Rivera, 50, and Carmen Montalvo Ruiz, 48, both of the 5100 block of Whitaker Avenue.

Action News has learned that Rivera and Ruiz were coming home from a family birthday party at the time of the crash. 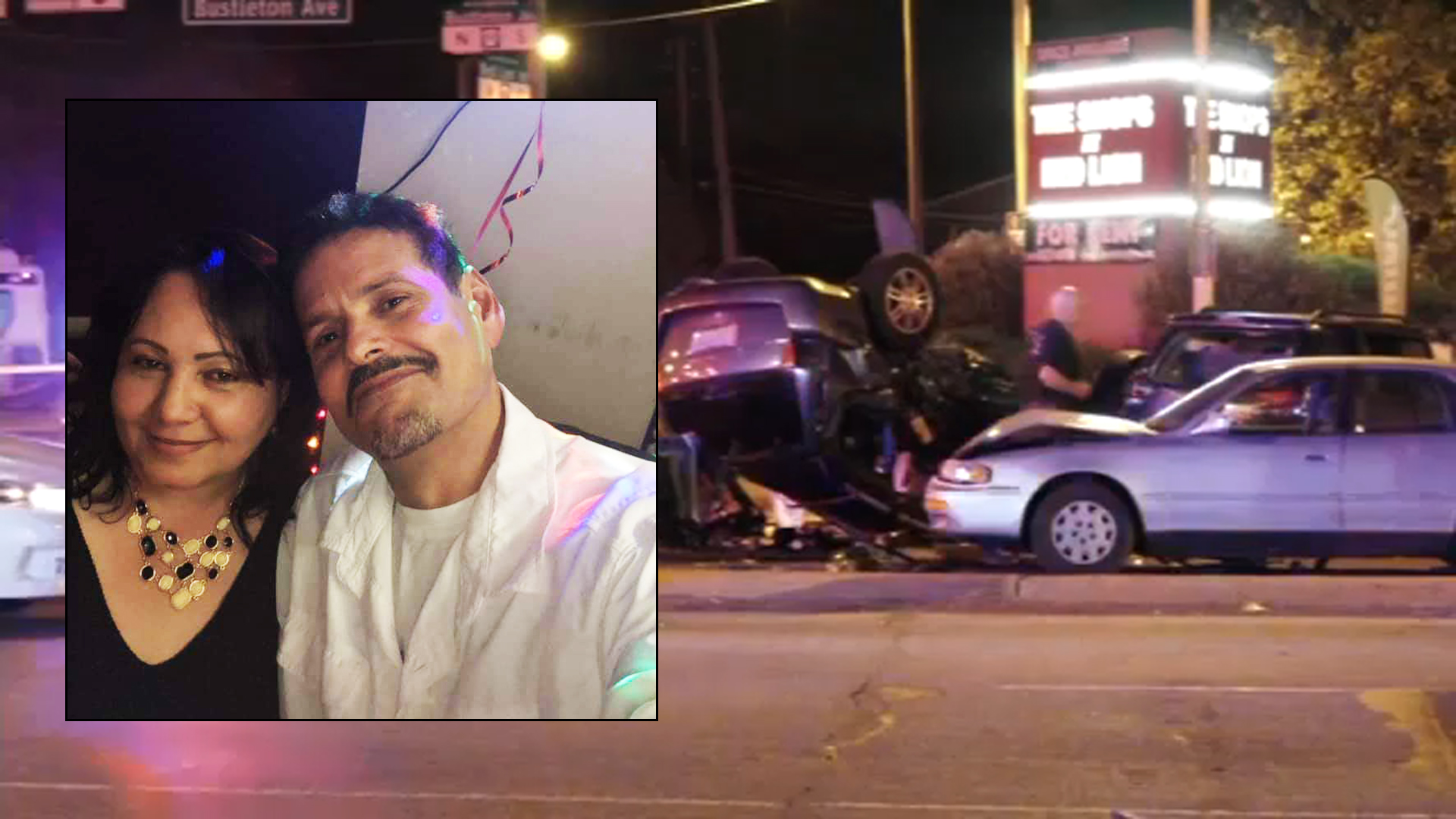 Witness Anns Mustafa says he was with a friend in his car at The Shops of Red Lion right next to the crash scene.

"We hear a loud a crash, we look up, we see car parts flying in the air. We both jump out the car, run over," he recalled.

Police said a driver who was traveling at a high speed down Red Lion Road hit two vehicles that were waiting to turn north on Bustleton Avenue.

Those two cars then collided with three other vehicles.

Mustafa says without thinking he went over to the flipped SUV hoping to rescue anyone trapped inside.

"I went over to the flipped vehicle and everyone is screaming that they're already dead," Mustafa said.
EMBED More News Videos

Three adults, including a pregnant woman, and two children were taken to the hospital. Police said the driver responsible for the initial crash was picked up by a white Lexus and left the scene.

"He was unconscious at first, woke up and started speaking in another language, his friends just picked him up, put him a white Lexus and took off," Mustafa said.

Veronica Navarro says she saw video of the accident on the news but did not make the connection at the time.

"I saw the car flipped but I didn't know it was them. My niece called me to see if I knew something about her and I told her, 'No, I am looking for her.' Last night she never answered my text," said Navarro.

She says she loved her older sister very much

"With all my heart. She was my mom, my sister, she was everything for me." says Navarro. "She always texted me in the morning, 'Hi my love, how you been? Are you ok?' every morning, every morning, I miss that."

Police are working to track down the driver.

"The operator of the vehicle, number one, the striking vehicle, got in another vehicle and Lexus and headed south on Bustleton Avenue," authorities said.

Police hopeful nearby traffic cameras will assist in the investigation.