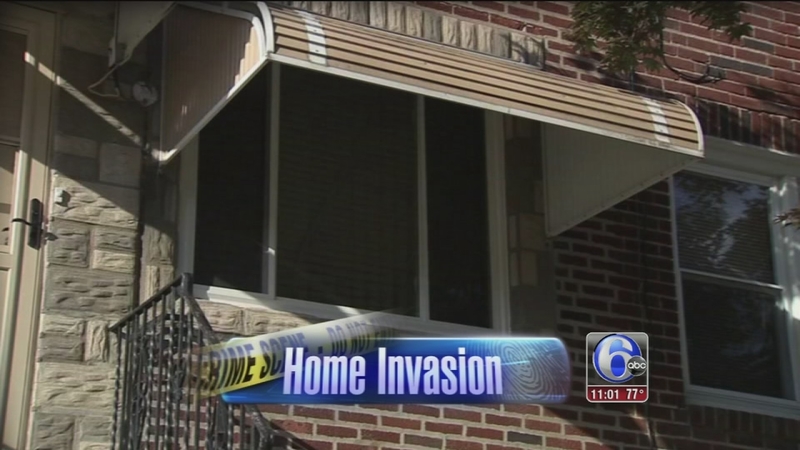 CRESCENTVILLE (WPVI) -- Police say a disabled Vietnam veteran was targeted and robbed in a home invasion in the city's Crescentville section.

It happened around 4:00 Sunday afternoon on the 600 block of Comly Street.

We're not showing the face of the 68-year-old victim. He recently suffered a stroke and can't speak so a relative spoke for him.

"People who prey on the disabled get no pity from me. Knock on my door," said the victim's relative.

Authorities say a male suspect and two female accomplices knocked on the victim's door. They asked if his house was for rent and talked their way in.

The suspects, described as in their 50s with heavy foreign accents, robbed the man, getting away with $100 in cash.

"From what I understand he's not the first and he probably won't be the last until they're caught," said the victim's relative.

Action News has learned police are investigating a similar incident just a few blocks away, at a home on Sanger Street on Thursday.

There the suspects pulled a broken pipe scam and robbed an 80-year-old wheelchair bound man of cash.

In Sunday's incident, investigators say the trio went to two other houses before finding the Vietnam vet.

Neighbor Khalaf Mungo says his home was one of them. He turned them away but noticed they had a small child in the back seat of their minivan.

Minutes later, Mungo says he saw the victim screaming at the male suspect.

"That man doesn't hurt nobody. He stays to himself. He stays in his house and obviously he has a little bit of issues and this man is trying to help himself but you're taking from him," said Mungo.

The victim's relative says he is reminding him of what to do in the future.

"Keep your doors locked. Don't open them to anybody you don't know," he said.