The victim managed to run across all four lanes of traffic on the Roosevelt Boulevard and get to a hotel.
WPVI 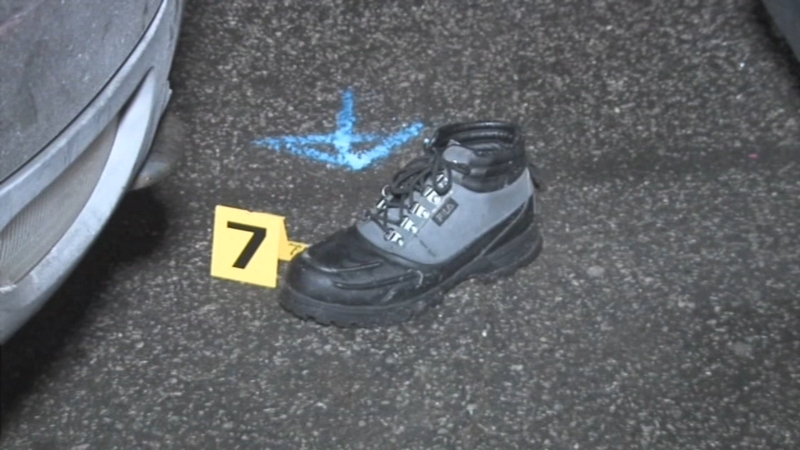 PHILADELPHIA (WPVI) -- Police are looking for at least four suspects who beat a man then shot him in the back in Northeast Philadelphia.

It happened just after 11 p.m. Tuesday on the 5200 block of Whitaker Avenue, near the Roosevelt Boulevard.

Police were called to the scene for the report of a shooting.

Arriving officers could not find a victim. They were soon notified that a shooting victim showed up at a nearby hotel.

Medics took the 27-year-old man, who had been shot in the lower back, to Einstein Medical Center in serious but stable condition.

Investigators say the victim was shot several times after being pushed to the ground during a fight.

The victim told police the suspects, about four of five in number, fled on foot.

"The motive appears to be a physical altercation, a fight, with individuals that this victim knows," Philadelphia Chief Inspector Scott Small said. "So we're pretty confident that we'll be able to identify at least some these individuals that were involved in the fight with the victim, possibly the individuals that shot him."

After being shot, police say the 27-year-old managed to run across all four lanes of traffic of the Roosevelt Boulevard to the Days Inn for help.

Three spent shell casings and a live round were located at the scene.

The victim's cellphone and one of his sneakers also remained.