Philly man charged with murder in wife's death by crossbow 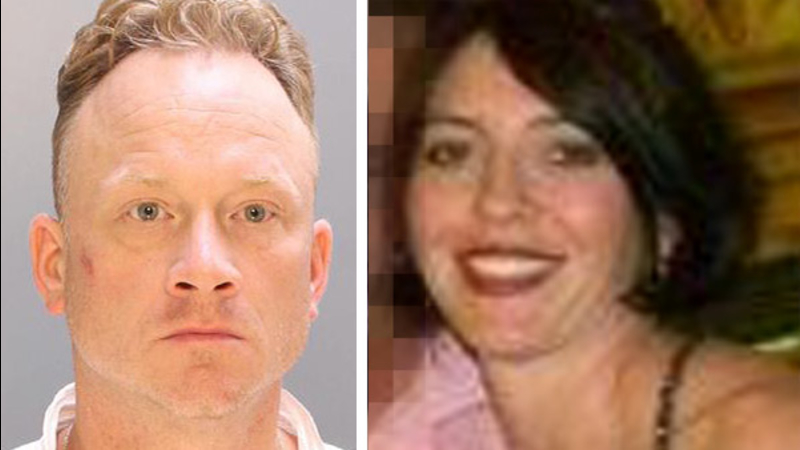 NORTHEAST PHILADELPHIA (WPVI) -- Philadelphia police have charged a man with murder for allegedly shooting his wife with a crossbow, killing her.

Paul Kuzan, 40, is charged in the death of 42-year-old Pamela Nightlinger. The couple had been married for just nine days.

"I just heard banging on the door and my son screaming and someone saying 'help,'" neighbor Margie Maldonado said.

Maldonado says Nightlinger came stumbling through her front door, bleeding heavily from a wound to her chest.

"She was on the floor, gasping for air and it was terrible, blood pool all over the place," Maldonado said.

She died a short time later at the hospital.

Police tell Action News that moments before, Nightlinger and Kuzan had been arguing inside their home.

"He went and got his crossbow. He loaded it. She was sitting in a chair. He fired one time," Philadelphia Police Captain James Clark said.

The arrow entered Nightlinger's chest, traveled through the chair, and lodged in a wall.

That's when Nightlinger ran to the neighbors who called police.

They saw Cuzan, naked, at the front door ranting incoherently. He was taken into custody without incident.

"He was completely exposed. A woman we thought was his sister, now we know, wife, came out with a robe and said he didn't take his medication," neighbor Sean Thompson said.

Others said, while Kuzan had trouble in the past, they knew him as a kind man who would never do something like this.

"I heard the news this morning, and I was hysterical. To us, he was a wonderful man," neighbor Patricia Tyron said.

The couple had children from previous relationships, but none of them were in the home at the time.

Nightlinger's family reached out to Action News to say that her two daughters, ages 13 and 16, are grieving the loss of their mother. They are surrounded by the love of family and friends.