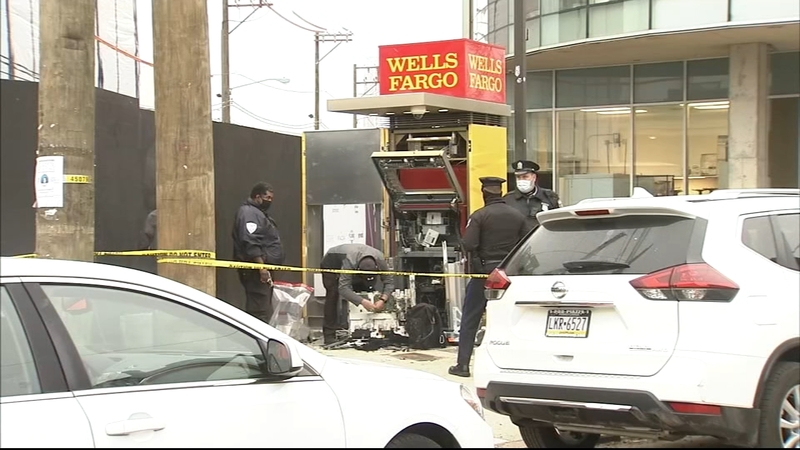 A neighbor's surveillance camera captured the sounds of the explosions.

"One really loud explosion, and then same thing, followed by two others a short time after that, just kind of jarring," said a neighbor who did not want to be identified.

The blasts scattered bundles of cash on the ground near the Wells Fargo ATM.

A neighbor captured a photo showing cash on the ground. She told Action News she heard someone shout, "We got three grand, let's go."

The neighbor's photo shows a white car which she believes the people responsible for the explosions sped away in.

Those responsible were gone by the time police arrived.

Authorities have not said how much cash, if any, was stolen from the machine.

Some residents said these explosions have put them on edge.

"It's unnerving that it happens so close to where you're sleeping," said Danielle Davis, a resident of Northern Liberties.

Zach Schreffler of Fishtown said he goes to a gym in the area most mornings. He thinks those responsible may be on hard times.

"It's tough times I guess, people got to make money somehow and robbing an ATM is one way of doing that, I suppose," said Schreffler.

Many residents said the same ATM was targeted over the summer when multiple ATM explosions were reported throughout Philadelphia.

"This happened back in June, so, this is the second time," said a resident. "For a long time it was boxed up, and they just re-installed it maybe a month or two ago."