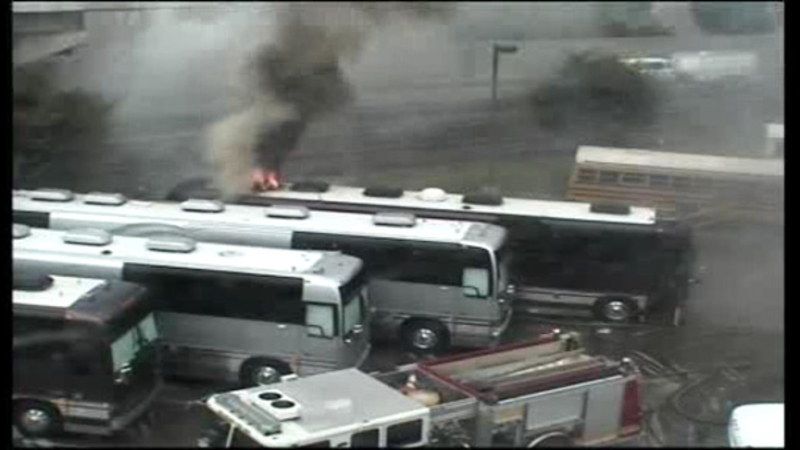 Action News has learned fire broke out on the Styx bus around 12:20 p.m. Wednesday at Front and Callowhill streets.

The flames spread to the adjacent Foreigner bus.

The buses were empty at the time of the fire and no injuries were reported.

A Styx representative tells Action News the bus belongs to the crew.

Both bands are appearing at WMGK's Let Freedom Rock Fest Thursday at the Susquehanna Bank Center in Camden. The show is scheduled to proceed as normal.