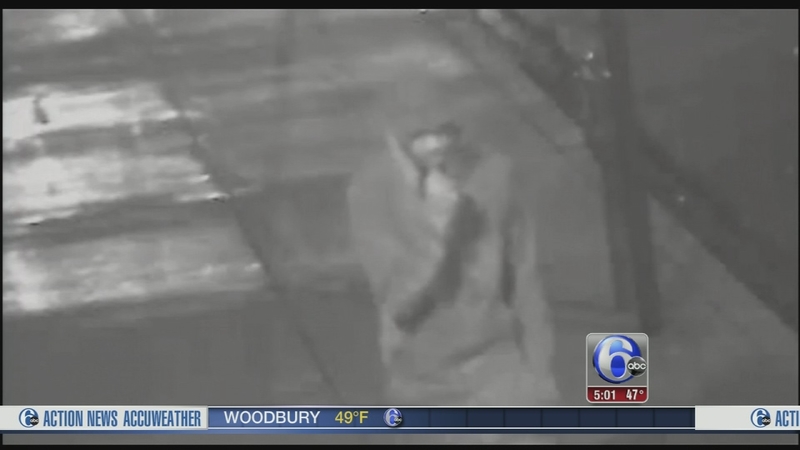 NORTHERN LIBERTIES (WPVI) -- Philadelphia police are investigating after a woman was attacked and robbed in Northern Liberties.

It happened around 6 p.m. Tuesday in the 400 hundred block of North 3rd Street.

Surveillance video shows the victim walking with a friend when the suspect sneaks up behind them.

Police say the women had just got out of work.

That's when the suspect pulled a gun and went in for the attack.

He can be seen on surveillance video choking the 28-year-old victim. He then puts a gun to her head, steals her bag and runs away.

She did not fight back, and that's exactly what police say is the right thing to do.

"Don't fight. Give them whatever they're asking for, and live to see another day," said Philadelphia Police Lt. John Stanford.

The crime is leaving so many in disbelief.

"It puts everyone at risk. I mean clearly you have to keep your head on a swivel," said Sarah Houde of Jackson, New Jersey.

Police say the location, time and brazenness of the crime proves just how dangerous this individual is.

They are asking anyone with information to speak up.

"In the early evening hours on the street where people are just walking possibly home. Again were hoping that someone can recognize this individual," said Stanford.

Though it's terrifying to see, those who work and live in the area say they just hope it doesn't happen to them.

"It worries me, but I'm not going to change my routine, but again I just can't believe it happened in this neighborhood and at 6 o'clock at night," said Sarah Everett, who works in Old City.

The victim did not suffer any injuries.