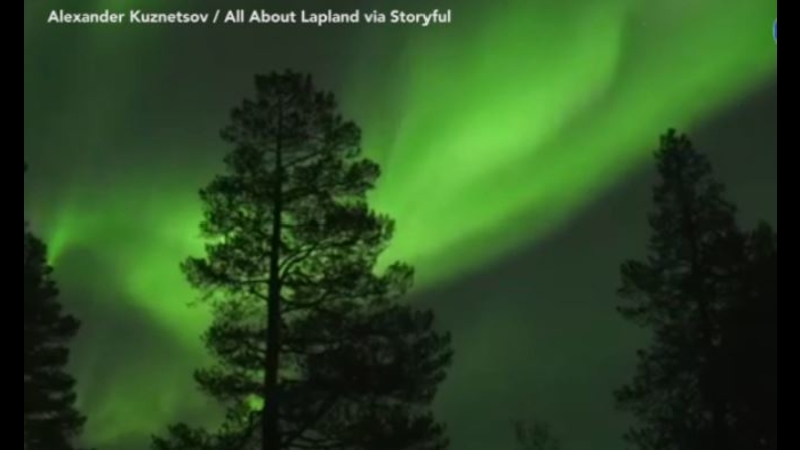 The northern lights blazed across the sky over the village of Ivalo in Lapland, Finland, on September 27.

According to reports, solar wind hit the Earth's magnetic field, producing geomagnetic storms and spectacular auroras in the polar zone.

RELATED: Fireball seen in the sky across East Coast

Alexander Kuznetsov, the editor-in-chief of the travel magazine All About Lapland, captured video of the event and told Storyful, "The northern lights were dancing in the skies for many hours nonstop. This was the best aurora storm I have seen in years, since September 2017."

According to VisitFinland.com, "In northern Lapland the lights shine about every other clear night between September and March."