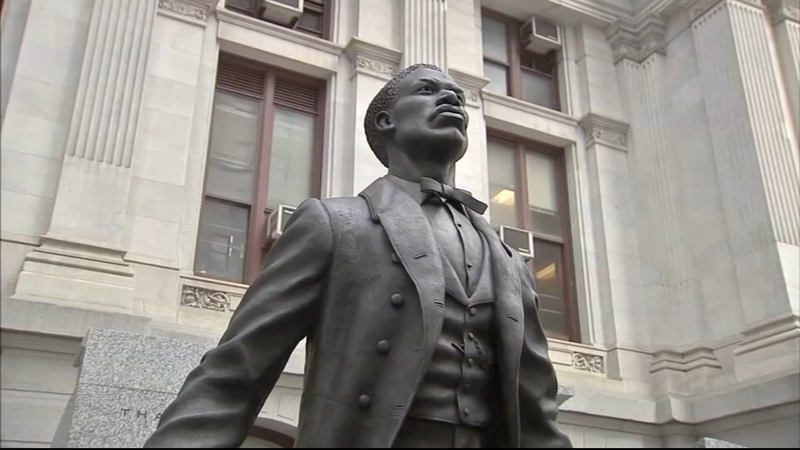 PHILADELPHIA (WPVI) -- February 22 is the birthday of a Philadelphia civil rights hero, and it happens to fall during Black History Month.

Octavius Valentine Catto was born in 1839, and a statue of him is positioned prominently on the south side of City Hall.

Many who admire him and study his life believe he still remains a hero who is hidden in history.

Some do see the parallels between the lives of Martin Luther King Jr. and Catto.

"They were born to relative Black privilege and used that privilege, and used that access to different ideas and people, to lead and try to improve the lives of others around them," said Ivan Henderson, the programming Vice President of the African-American Museum in Philadelphia.

Henderson also points to a transportation boycott, not in Montgomery, Alabama... but right here in Philadelphia.

The streetcar boycott is reenacted in the documentary series Philadelphia: The Great Experiment.

He was killed on Election Day 1871 a few doors down from his South Street home, shot by a man who believed Blacks voting was a threat to the Irish-American community.

In modern times, that weighed on the heart of Philadelphia Mayor Jim Kenney.

He has a picture of Catto in his office and began a push to honor Catto more than 10 years ago.

Kenney grew up in the neighborhood where Catto was killed and sees the effort to elevate his name as helping to right a wrong, and to bring triumph out of tragedy.

"What is really amazing is that during the social upheaval and the movement that the Catto statue has been prominently displayed nationally," said Rosalyn McPherson of the Roz Group.

McPherson helped spearhead city efforts to erect the statue of Catto in September 2017.

It is a powerful symbol - the Catto statue at the center of protest for social change 150 years after his assassination.