'He was looking at me': Grandmother says gunman in Odessa, Texas shooting pointed gun at her while she was with grandson 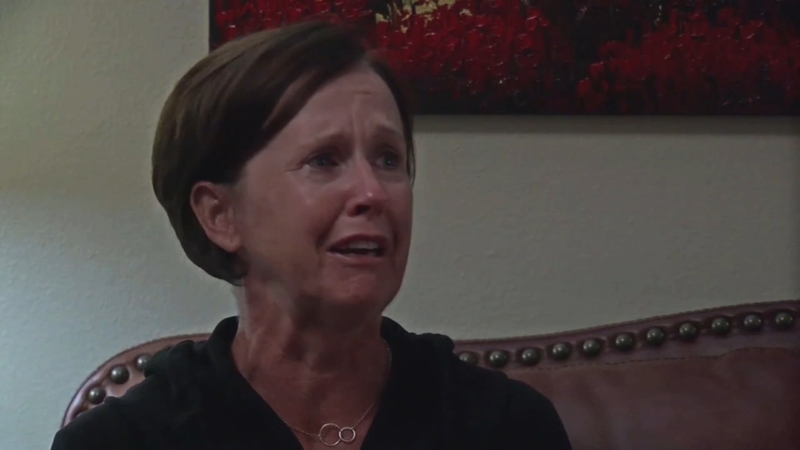 Odessa woman says gunman who killed 4 pointed gun at her

ODESSA, Texas -- An Odessa grandmother breaks down in tears as she recalls the moment she says she looked the gunman who killed four and injured 21 in the eyes as he was being chased by police.

Shauna Saxton said she was out driving with her family when the chaos erupted.

"I looked over my shoulder to (the) left and a gold car pulled up, and the man was there and he had a very large gun and it was pointing at me," Saxton said.

The shooting spanned the West Texas cities of Midland and Odessa on Saturday afternoon, according to Odessa Police Chief Michael Gerke. A total of 21 people were shot, and the gunman is among the dead.

Odessa police said Saturday afternoon that they were looking for at least one suspect who was "driving around Odessa shooting at random people." Saxton said when she saw the suspect, she began yelling at her husband in a panic.

Saxton said that was the moment she made direct contact with the suspect.

"He was looking at me," Saxton said. "I saw his face. I saw that weapon. The only thing I could think about is my little grandson in the backseat. I just thought 'Oh my God, what if something happened to him?'"

The situation began when the unnamed suspect shot a Texas Department of Public Safety trooper who had pulled him over after 3 p.m. local time, police said. The shooting set off a chaotic afternoon in which police reported that a suspect hijacked a U.S. Postal Service vehicle and began firing at random, hitting multiple people.

"Frankly, at the moment, I was just really running for my life," Saxton said. "We came back home and all this time, we're trying to process what this guy was doing, and then we find out that it was a random shooter, and we got really lucky."

"Somebody tried to kill me today," Saxton said. "They weren't successful, but I was their target, and now, I'm just like, 'What do you do with that? How do you process that?'"