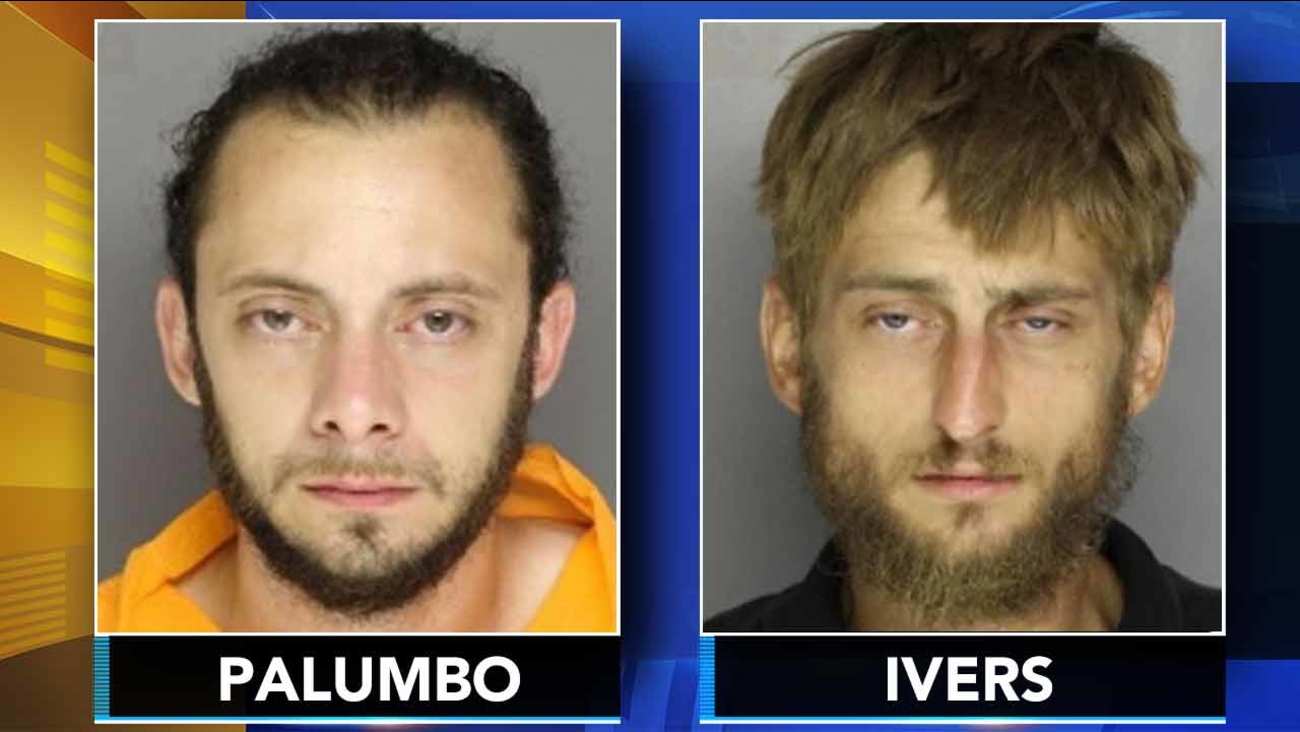 BENSALEM, Pa. (WPVI) -- Two men are facing charges after an off-duty police officer allegedly caught them red-handed attempting to break into vehicles outside a grocery store in Bensalem, Bucks County.

It happened on Friday, July 27 outside the Acme in Woodhaven Mall.

The officer recognized the men as the same suspects sought in a separate car break-in and credit card fraud incident in the early morning hours at Colonial Point Apartments on Lincoln Highway.

The off-duty officer called for backup, and responding officers were able to take Patrick Ivers into custody at the scene.

Police say the other suspect, identified as John Palumbo, fled on foot, then got into a silver 2013 Cadillac and led police on a chase.

During the chase, police say Palumbo rammed a police cruiser with his vehicle.

He eventually abandoned his vehicle at the Gatehouse Apartments on State Road then fled on foot again into Salem Harbour Apartments.

A police K-9 tracked Palumbo through the Salem Harbour complex, past the pool area and along the river towards the marina.

As officers approached, Palumbo briefly attempted to escape by wading into the Delaware River but was shortly thereafter taken into custody.

Palumbo was charged with numerous offenses, and is currently being held on $500,000 bail.

Ivers is charged with theft and related charges.