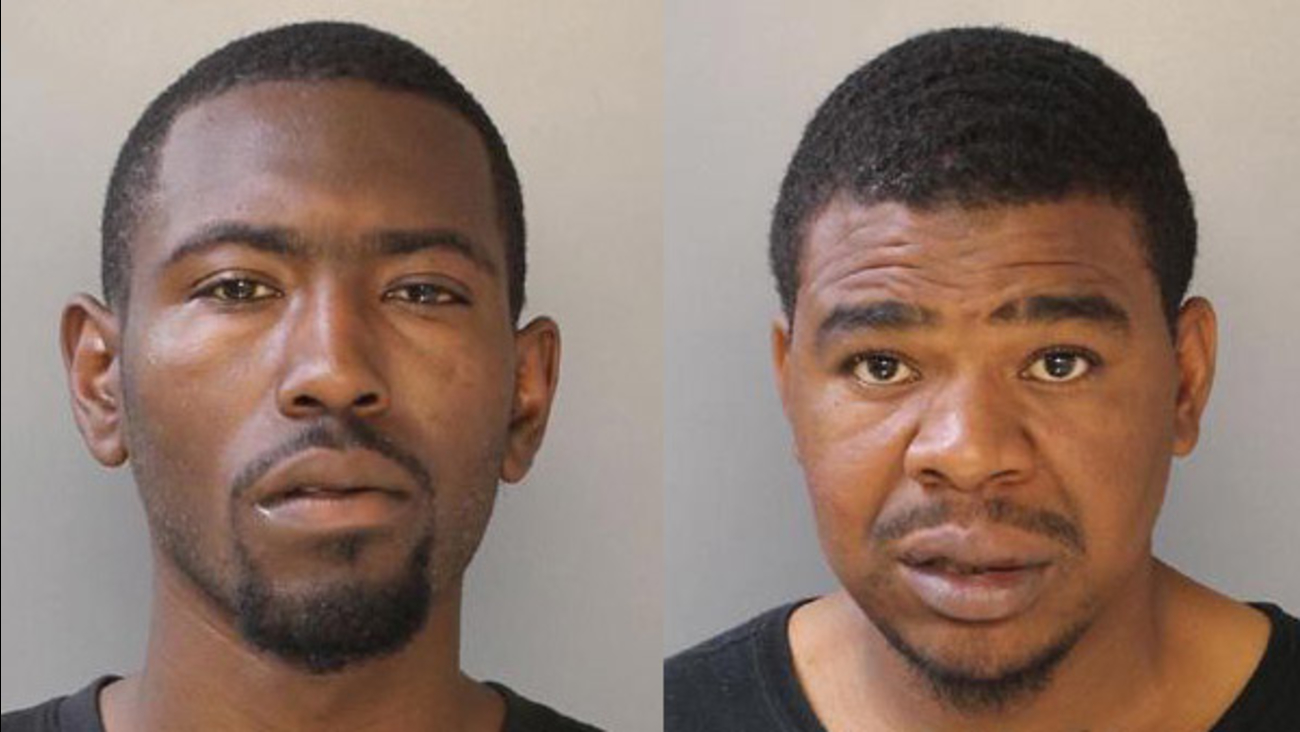 PHILADELPHIA (WPVI) -- Two people were arrested after breaking into the home of an off-duty Philadelphia police officer, authorities say.

At 1:12 p.m. Wednesday, police say the off-duty officer entered his home on the 3300 block of Wellington Street when he noticed his television was missing and the kitchen door and a rear window were open.

The off-duty officer then heard movement and voices coming from the basement. At the top of the basement stairs, officials say he drew his weapon and announced, "Police."

Police say one suspect, later identified as 37-year-old Ricky Mosley, charged up the steps toward the off-duty officer.

The officer, an 8 year veteran, tells police he saw a dark metal object in Mosley's hands.

The 12th District off-duty officer then fired his weapon, missing Mosley, who police say fell down the steps and crashed into the basement wall.

Police say the off-duty officer gave chase to the two suspects. He noticed a van, green/blue in color, pull away from his property at a high rate of speed.

As the officer continued to run after the suspects, police say an off-duty Philadelphia detective driving home noticed the foot chase.

The detective was able to assist in the apprehension of Henry at Brighton and Hawthorne streets.

Mosley was arrested on the 3200 block of Wellington Street.

The incident is being investigated by Internal Affairs and will be reviewed by the District Attorney's Office.