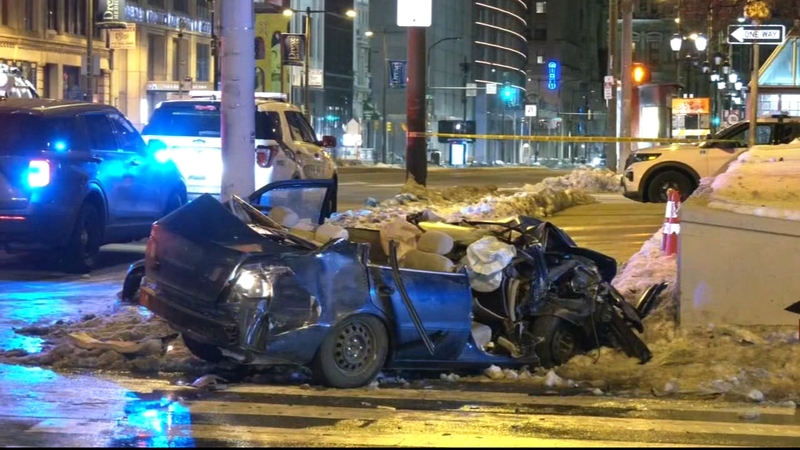 PHILADELPHIA (WPVI) -- A police pursuit that began in Pennsauken, New Jersey ended with a crash in Philadelphia's Spring Garden neighborhood. Then an officer at the scene of the crash got clipped by another driver who did not adhere to his instructions to turn around.

Police said Pennsauken police attempted to pull over a Toyota Corolla around midnight Friday when the driver sped off.

Police said the driver crossed the Ben Franklin Bridge and t-boned another vehicle at North Broad and Vine streets.

Police are trying to figure out why the driver fled in the first place.

"They are going to do an investigation into that vehicle to see if there's anything in that vehicle that may have been the reason the driver refused to stop when being attempted to be pulled over by the Pennsauken police," Philadelphia Police Chief Inspector Scott Small said.

The fleeing driver's passenger had to be pulled from the vehicle.

The male driver of the Toyota, the female passenger and the driver of the other vehicle were taken to Jefferson University Hospital in stable condition.

While police were trying to sort out the crash, they attempted to stop a minivan from going right through the crime scene.

The Action Cam was recording as the driver refused to stop while a police officer was holding on to the driver's side door. 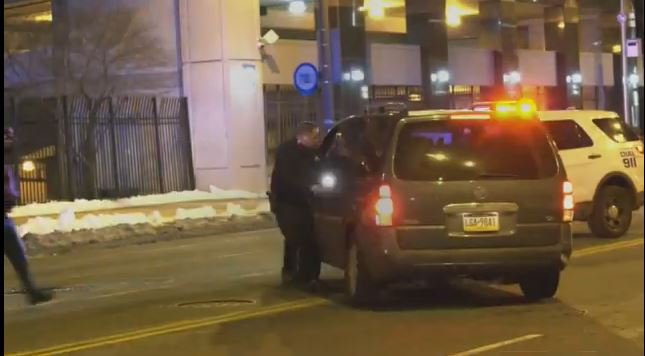