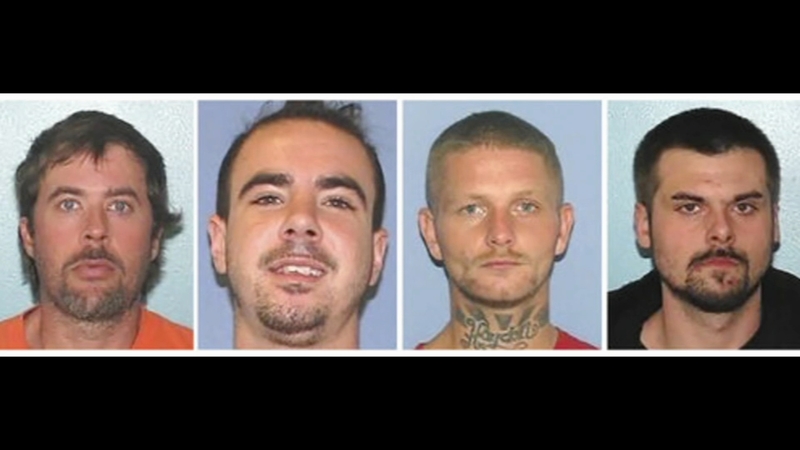 GALLIPOLIS, Ohio (WPVI) -- A sheriff says four inmates have overpowered two corrections officers with a homemade weapon and escaped from a county jail in Ohio.

The Gallia County Sheriff's Office says the four men forced open a secured door at the jail in Gallipolis, along the Ohio River in southeast Ohio, early Sunday. Authorities said they had help from at least one person outside the jail.