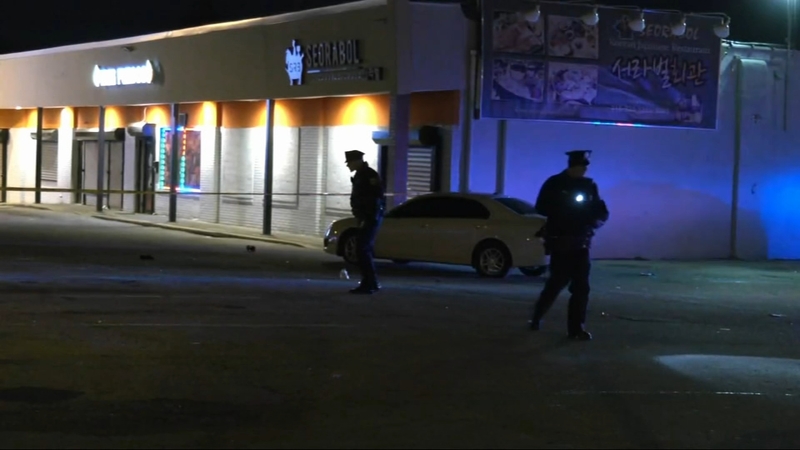 PHILADELPHIA (WPVI) -- Two men and a woman were shot outside an after-hours club in Philadelphia's Olney section.

It happened shortly after 4 a.m. Saturday on the 5700 block of Old 2nd Street.

Police said an argument outside of Tres Fuego Lounge led to someone opening fire.

A woman was shot twice in the stomach and was taken the hospital for surgery where she is listed in critical condition.

One man was shot three times in the arm and shoulder. The other man was shot in the leg. They are listed in stable condition.

All three victims are in their 20s, police said.

Two stray bullets hit a house across the street, but no one inside the home was injured.