Division of Gaming Enforcement revealed it has received the same complaint about AGS from 13 other gamblers.
AP
By WAYNE PARRY Associated Press

ATLANTIC CITY, New Jersey -- The manufacturer of a popular online slots game at the center of a lawsuit over how much a Pennsylvania woman should be paid for winning says it has "taken corrective action," but maintains there are no grounds to pay the woman the $100,000 jackpot her phone told her she had won.

Lisa Piluso of Yardley, Pennsylvania is suing Las Vegas-based American Gaming Systems, saying she was playing the "Capital Gains" slot game on her phone on Oct. 2, 2020 and received a screen notification that she won $100,000.

New Jersey regulators say the company told them "a bug" in the system caused the wrong symbols to appear on players' screens, telling them had won more than they were entitled to. 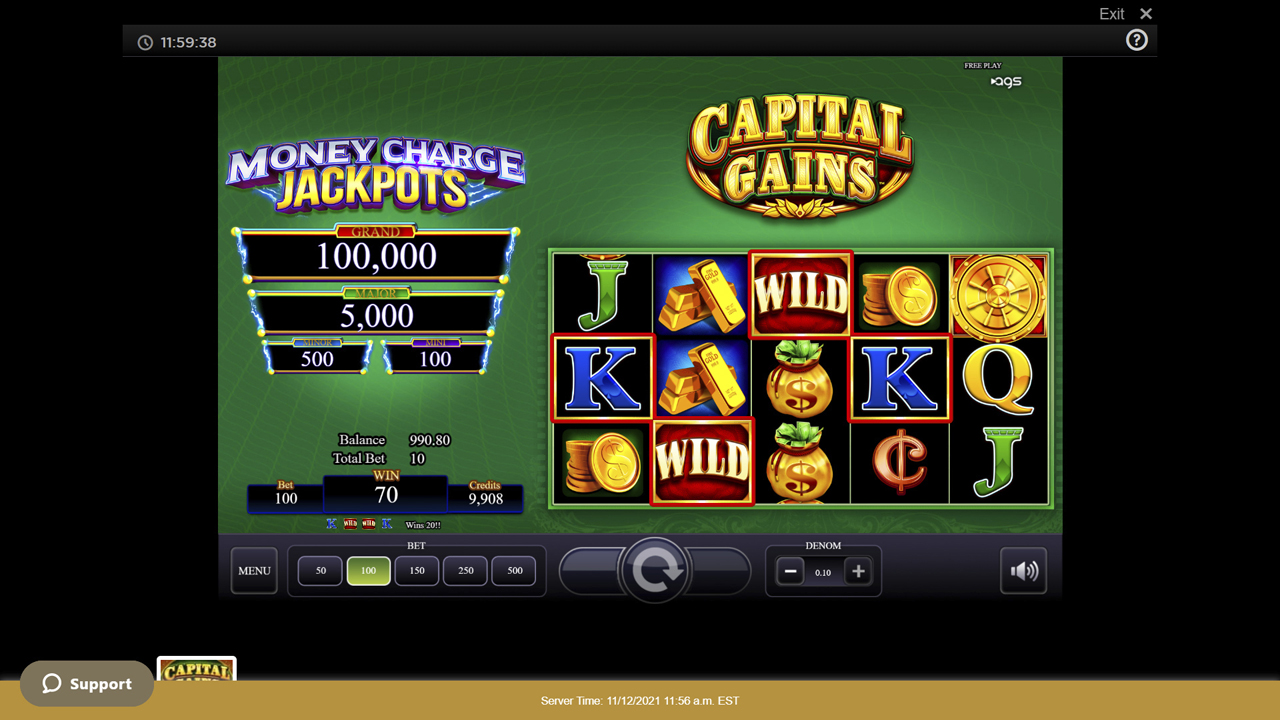 This Nov. 12, 2021 photo shows a screen shot of a demonstration version of the Capital Gains online slot game.

In an email Sunday night to The Associated Press, Julia Boguslawski, the company's chief marketing officer, said it has addressed the matter.

"We have worked with the Division of Gaming Enforcement to investigate the cause of the event and in turn have taken corrective action," she wrote. "Although Ms. Piluso may disagree with the outcome of that administrative process, there is no precedent for her demand, and we intend to vigorously defend ourselves in court, if necessary."

The division investigated the matter, and wrote to Piluso on Aug. 27 revealing that AGS "had discovered an issue/bug within the game" that wrongly failed to clear bonus symbols from previous rounds from a player's screen.

"This error caused the patron(s) to believe that their bonus round winnings were higher than the actual winnings," Deputy Attorney General Jennifer Russo-Belles wrote.

The division also revealed it has received the same complaint about AGS from 13 other gamblers, and had fined the company $1,000.