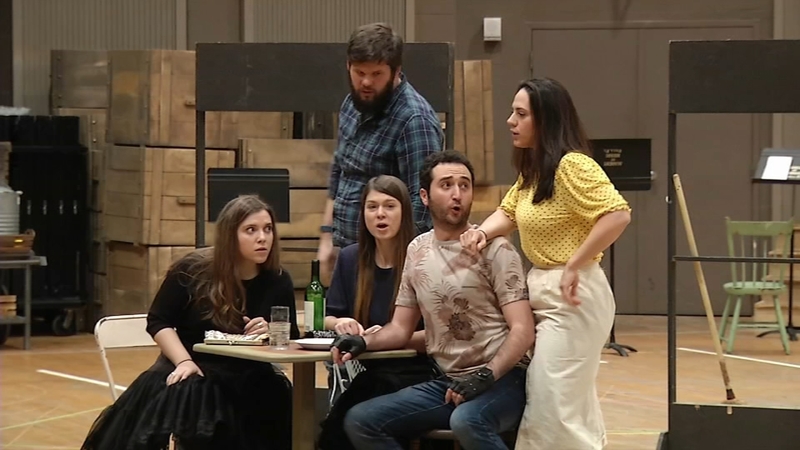 Opera Philadelphia is staging one of the world's most famous operas but giving it a whole new twist.

The story of Carmen originally took place in 1820s Spain. This new production is set in the 1950s.

"It's a story of passion and betrayal and jealousy," says Daniela Mack, who plays the lead role of Carmen.

"Carmen is the protagonist; she is this free-spirited, gypsy woman who is just a force of nature," says Mack, who adds that, when Carmen catches the attention of an unlawful solider, a twisted tale of romance and deceit ensues.

"He develops this obsession," explains Marks, "she entertains it for a while and then she moves on to the next thing because that's how she is."

Mack says she relishes the opportunity to play such a strong female character.

"She marches to the beat of her own drum," says Mack, "I would certainly like to be more like that."

Carmen was written by 19th century French composer George Bizet, who died shortly after the opera's debut in 1875.

"And when it premiered, it was not a huge success at all; it was very scandalous," Mack points out, as she marvels that it's now one of the world's most performed operas to date, due in part to its melodic score.

"The music is full of a lot of Spanish dance rhythms and jotas and seguidillas and habaneras," says Mack, ""it's made its way into all sorts of different mediums, into pop culture, into movies, commercials."

Mack promises the show will strike a chord.

"It's definitely a piece that, if you haven't been to an opera before, give this one a chance because you will come out tapping your foot and humming along."