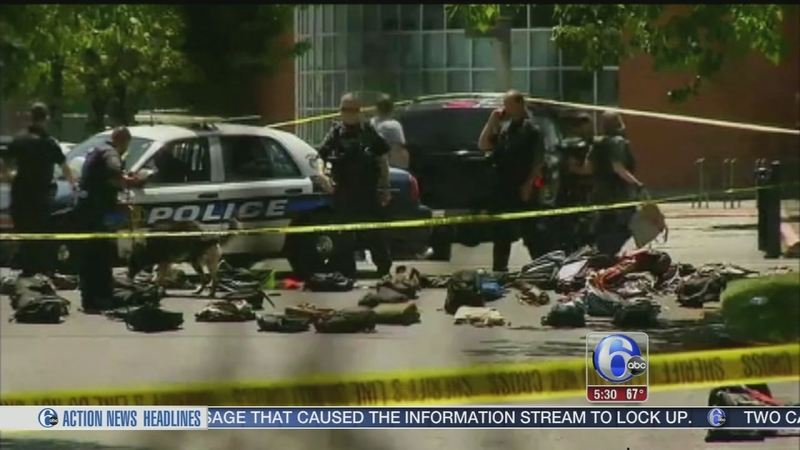 PORTLAND, Ore. -- A 15-year-old gunman who killed a student at an Oregon high school had an assault rifle, handgun and several magazines of ammunition hidden in a guitar case and duffel bag when he rode a school bus to the campus, police said Wednesday.

The attacker, Jared Michael Padgett, a freshman at Reynolds High School in Troutdale, entered a boys locker room on Tuesday at a gymnasium, where he "murdered a fellow student," police Chief Scott Anderson said.

He also wounded a teacher who managed to make his way to an office and alert officials, Anderson said, adding that the action by teacher Todd Rispler and responding officers likely saved numerous lives on the campus.

The shooter later encountered officers in a hallway. After a brief exchange of gunfire, he fled into a restroom and was found dead of a self-inflicted gunshot wound, police said.

Anderson said no link had been found between the shooter and Emilio Hoffman, the 14-year-old student who was killed. No motive was disclosed.

"The shooter obtained the weapons from his family home," Anderson said. "The weapons had been secured, but he defeated the security measures."

The shooting occurred in a gym detached from the main school building.

In the aftermath, the governor called the violence senseless, the Troutdale mayor praised the police response, and the school district superintendent said she had once hoped she could get through her career without a school shooting.

Hoffman was the only teenage boy in his house, said Savannah Venegas, who dated him a year ago, "so (his mother) was very protective of him."

"He was such a good kid, a quiet kid," Venegas said. "He didn't stir up trouble. Just a down-to-earth guy."

Perhaps no school district better reflects the changing face of Oregon than the one in Troutdale. It's not in the posh suburbs or the inner city.

The school draws from a diverse group, including residents of Portland and agricultural families from the Columbia Gorge.

"This is a tragedy that affects our whole community," Anderson said. "This is not supposed to happen in any school, or to any child."