Gift of Life: Kidney transplant gets former pro boxer and dad back in the ring of life 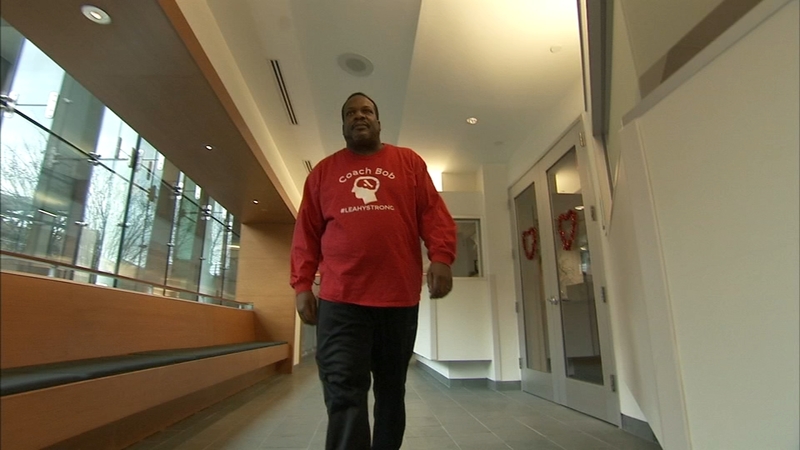 WYNNEWOOD, Pennsylvania (WPVI) -- While the Philadelphia area has the highest donation rate in the nation, many people still haven't registered, so many more could benefit from living and deceased donors.

For years, Glenn "The Talent" Turner was a fixture on Philadelphia's boxing scene.

His flamboyant hair colors got attention, so did his skill and tenacity, even from opponents.

After judges called on of his fights a draw, Turner's opponent called it "a robbery." He said Turner clearly won the bout.

After his pro days ended, Glenn's fitness slipped, and high blood pressure became his new opponent. One day, his daughter convinced him to go to the hospital to get checked.

"They said my blood pressure was 268 over like 200. So I went from walking, walking off the street to the ICU," said Turner.

It delivered a knockout to his kidneys, putting him onto dialysis.

But Glenn turned the discipline he learned in boxing to healthy eating, exercising and taking medication to spare his kidneys. He was determined, but worried each time he went to sleep.

"I was scared that I might not wake up," he said.

He got several calls about potential kidneys, but they never worked out. On December 28th, he was told there might be one available, though he was 5th in line for it.

But on December 29th, his fears of not waking up ended with a call from Lankenau Medical Center.

Within a week, Glenn wasn't just out of the hospital, but walking through his neighborhood in Penn Valley.

"I'm taking my first walk, man. It's a good feeling," he said in a cell phone recording.

Barely two weeks later, he was back at the Must Fight Gym in Chester, training promising young boxers. But he never stops thinking about his donor's family.

"Your son saved my life, because I never thought I'd get the chance to make it to 50 years. August 16th is my birthday, I will be 50 and we're going to have a big bash," said Glenn.