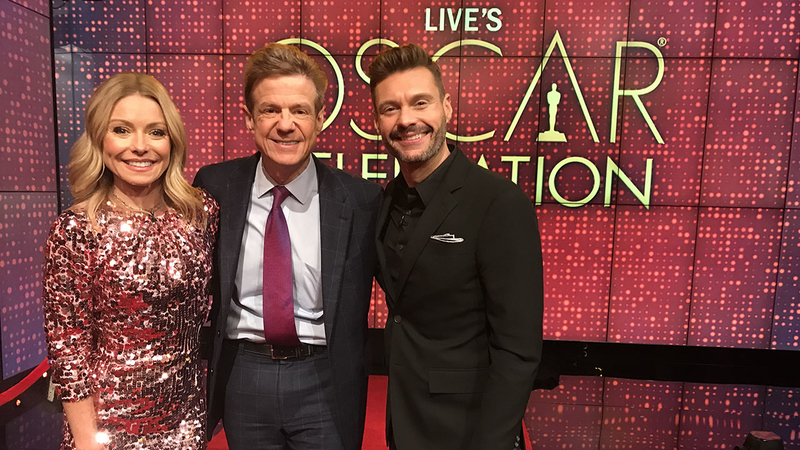 LOS ANGELES, California -- "Live with Kelly and Ryan" taking over the Oscars stage has become a Hollywood tradition, and Kelly Ripa and Ryan Seacrest are once again set to hit the stage at the Dolby Theater just hours after the Academy Awards.

And during the show, the first person a winner saw after leaving the stage was Ripa.

"There's nobody happier to see you in the universe than a person who's just won an Academy Award," Ripa said before the show.

Each year after the ceremony is over, the work begins.

"There's no sleeping," Ripa said. "You can go to parties, which we used to do. Last year, I didn't go to any parties, and I have to say it was my favorite Academy Awards. It really was."

Executive Producer Michael Gelman and his staff have just a few hours to get ready.

"It's just me and the cleaning crew here at the Dolby Theater, but in just a few hours, the seats will be filled," Gelman said.

The celebrations continue, and seats are filled for the Oscar after-party.

"We have some of the winners come the morning after who have been up all night," Seacrest said. "Now that's a kick as well, when they haven't slept and maybe had a few champagnes to celebrate."

Everyone's a little punchy, but you would be too if your life had just changed forever:

"They're still riding on an amazing high from the win," Seacrest said. "They are thrilled to be up all night, to be honest with you, and really they just want to show off that little statue."