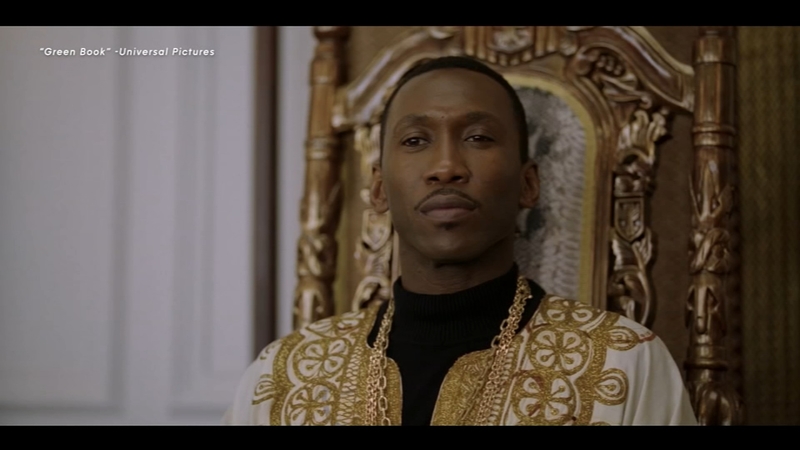 For the first time in 30 years, the ceremony was host-less. Instead, it was guided by a series of high-profile presenters.

The evening started off with a high-energy performance from Queen with Adam Lambert then a quick-witted first award presentation from Amy Pohler, Maya Rudolph and Tina Fey.

The first award of the night went to Regina King for her supporting role in "If Beale Street Could Talk." She thanked her mother in an emotional acceptance speech, as well as her fellow nominees.

Find out who is nominated for an Oscar and be sure to watch the 91st Oscars Feb. 24 on ABC.

Alfonso Cuaron's "Roma" and the witty period film "The Favourite" led the pack of nominated films with 10 nods each.

Cuaron won for best cinematography, best foreign film and best director. Cuaron was also the first person to win a cinematography Oscar for a movie he directed.

Cuaron has won several major directing honors leading up to the Oscars, including the top prize from the Directors Guild of America, for "Roma," a portrait of a domestic worker for a Mexico City middle-class family in the turbulent early 1970s. A foreign-language film has never won the Oscar for best picture.

"Black Panther" was also up for the night's top honor, a best picture breakthrough for comic book films. The Marvel film is the first comic-book-based movie to ever receive a best-picture nom. The blockbuster film won the prize for Outstanding Performance by a Cast in a Motion Picture at the Screen Actors Guild Awards.

RELATED: Everything to know about 2019 Oscars

"Green Book,'' the story of a white New York bouncer who forges a bond with a black pianist during a tour of the Deep South in the 1960s, is also up for best picture. The film won the usually Oscar-predictive Producers Guild of America Award for feature films. It also won a Golden Globe award.

One of the "Green Book" wins went to Mahershala Ali for best supporting actor.

Queen biopic "Bohemian Rhapsody" also has a Golden Globe under its belt. The film's star Rami Malek was considered a strong contender for best-actor honors for his portrayal of the band's late frontman Freddie Mercury.

Rounding out the best-picture category were "BlacKkKlansman," "A Star is Born" and "Vice."

One big win for "BlackKklansman" was Spike Lee's for best adapted screenplay, making it his first official Oscar.

There were also two memorable moments for "A Star is Born," with Lady Gaga and Bradley Cooper's performance to her win for best original song, "Shallow."