Oscar winners celebrate at popular after parties all over Los Angeles 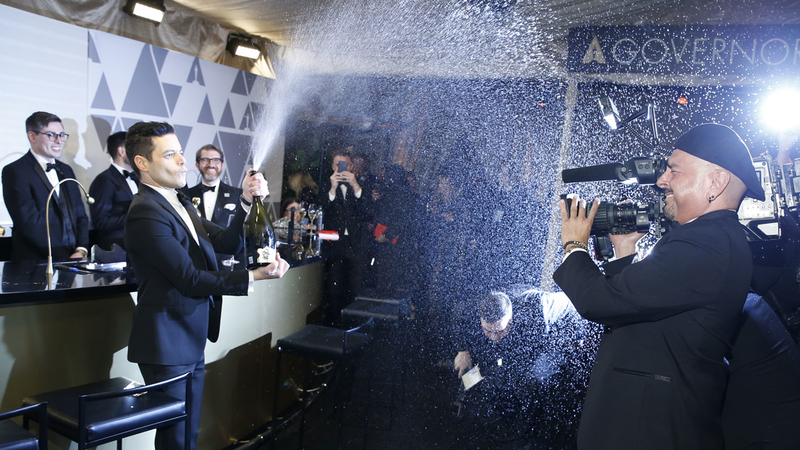 Oscar winners celebrate at after parties all over LA

LOS ANGELES -- The Oscars may be over, but the party just got started as dozens of winners and other celebrities headed out to the various parties all over Los Angeles.

Over at the Vanity Fair party, "Crazy Rich Asians" heartthrob Henry Goulding stopped by and said it was great to be at the Oscars despite the movie not getting a nomination.

Other celebrities, such as Jennifer Lopez, Hailee Steinfeld and Tiffany Haddish also headed out to the popular event.

Haddish had quite the plan for her night.

Dozens of celebrities and Oscar winners headed to the Governor's Ball after party to enjoy good food and celebrate a night of historic wins.

Hundreds of people stormed over to the Governor's Ball after the show ended and indulged in treats from celebrity chef Wolfgang Puck.

"Roma" director Alfonso Cuaron headed to the party and was ecstatic about his triple-Oscar win.

"It's absolutely moving. It's people I love, I respect and the fact that they recognize you...it's a strong emotional response, it's really beautiful," he said.

Some of the cast members of "Green Book," which won best picture, said they couldn't even explain their excitement at winning top honors at the show.

Elton John held his annual AIDS Foundation Oscars after party, where celebrities such as Paris Hilton and Cristina Ricci attended to help raise money for the organization.