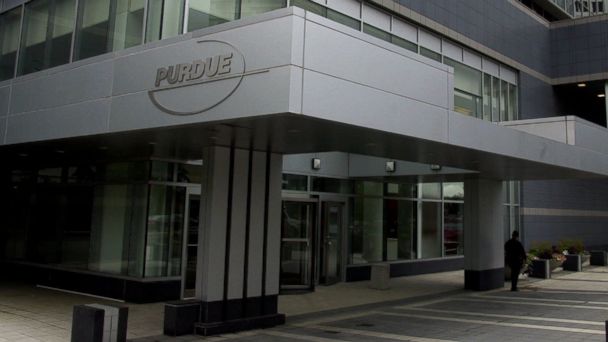 The lawsuit against Purdue Pharma filed by the attorney general in Massachusetts amounts to "oversimplified scapegoating" unsupported by the law, the company said in a new court filing.

In a motion to dismiss the lawsuit, the Sackler family - owners of Purdue Pharma, the maker of OxyContin - accused Massachusetts Attorney General Maura Healey of making "sensational and inflammatory allegations" against the drug company, but insists the allegations are not legally viable.

The Commonwealth originally filed their lawsuit against Purdue Pharma in June last year and after the company filed their motion to dismiss, an amended complaint was refiled. "But the additional 200 plus pages in the Amended Complaint have done nothing to address the legal insufficiencies in the Commonwealth's consumer protection and public nuisance claims against Purdue," the company wrote in their, now second, motion to dismiss.

The drug company is seeking to dismiss the Commonwealth's lawsuit on numerous grounds, including that the company did not break any laws with their FDA-approved marketing and warning labels, as well as their insufficient proof that they are solely liable for the entire opioid epidemic in the Commonwealth. Purdue Pharma also cited that part of the Commonwealth's allegations should be dismissed because of statute of limitations.

"Our office plans to oppose Purdue's motion," a spokeswoman for the office of Massachusetts Attorney General Maura Healey told ABC News on Monday.

According to Purdue Pharma's motion to dismiss filed on Friday, experts at the Massachusetts Department of Public Health found "[n]o single substance or health care practice is solely responsible for the current opioid crisis. Rather, it's a complex issue with a number of contributing factors. The Department of Health further found that the epidemic of overdose deaths in Massachusetts is primarily attributable to abuse of heroin and illicit fentanyl, and not lawful prescription [of] opioid pain medicines."

Consistent with those findings, "the Commonwealth's most recently released data on opioid-related overdose deaths shows that in 2018, 89 percent of those tested had a positive screen result for fentanyl (primarily illicitly produced and sold, not prescription fentanyl) and heroin was also present in 34 percent of the cases," according to the company's motion.

The Sackler family argues in court documents that OxyContin is only prescribed to less than two percent of the country and is a "tiny fraction of a fraction of all opioids (licit and illicit) used and abused in the Commonwealth and elsewhere. Purdue Pharma also owns two other FDA-approved chronic pain relief medications - Butrans, and Hysingla - not mentioned as a factor in the opioid crisis.

Despite these conclusions by the Department of Health, the Commonwealth's amended lawsuit "does an about face and seeks to hold Purdue responsible for the opioid abuse crisis in Massachusetts" and "ignores this crucial context - that the opioid abuse crisis is a complex, multifactorial societal issue - and instead sets forth a misleading narrative in an attempt to litigate this case in the court of public opinion," the motion read.

The Massachusetts lawsuit said Purdue Pharma sought a "blizzard of prescriptions" for OxyContin to boost profits and "deceived doctors and patients." The drug company argues that they are allowed to market its opioid medications consistent with FDA-approved labeling and are allowed to employ sales representatives to visit doctors and provide them with information as a standard industry practice.

In 2001, according to Purdue Pharma's motion, the FDA modified the OxyContin labeling and required Purdue to disclose in its FDA-approved labeling: "Opioids also have grave risks, the most well-known of which include addiction, overdose, and even death."