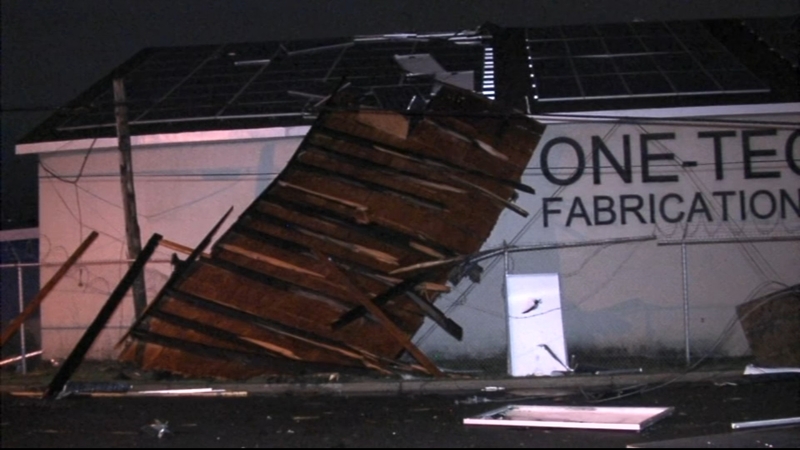 PHILADELPHIA (WPVI) -- A quick-hitting storm moved through the Philadelphia region on Sunday evening, bringing down trees and leaving thousands without power.

The storm packed a powerful punch. Some areas recorded wind gusts of 70 mph.

In Abington Township, the storm brought down a tree near Stocton Road and Washington Lane.

The downed tree stopped Bryce Schmidt of Abington from getting into his driveway after a late night food run; it knocked out power for dozens of residents in the area.

"It came out of nowhere like I didn't expect it," Schmidt said.

Two trees toppled over on the 5100 block of Concord Road in Aston, Delaware County.

In nearby Brookhaven, authorities blocked off Upland Road at Victor Avenue where power lines fell.

More than 15,000 residents across the region were without power during the height of the storm.

In Trenton, New Jersey, the powerful winds ripped part of a roof off the Stone-Tech Fabrication warehouse on New York Avenue. 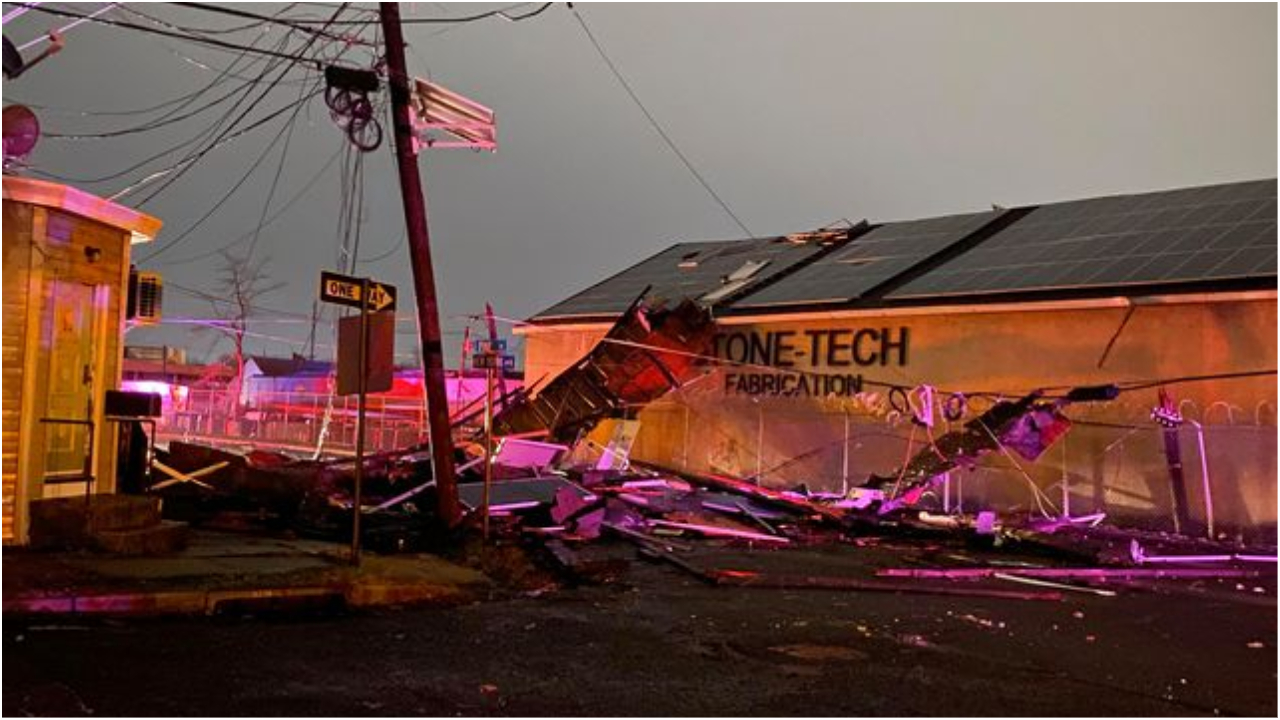 In Monmouth County, the storm caused structural damage to the Neptune Motor Lodge on 111 New York Road in Neptune City.

The hotel was evacuated due to significant structural damage.

In Delaware, a tree hit the back of a house in Henry Clay Village in New Castle County.

Multiple trees and power lines were down along North Star Road.

While there's a lot to clean up after the storms, no injuries were reported.

Stay up-to-date on your latest AccuWeather forecast by CLICK HERE.