"Drivers won't know where or when our troopers will be cracking down..."
WPVI 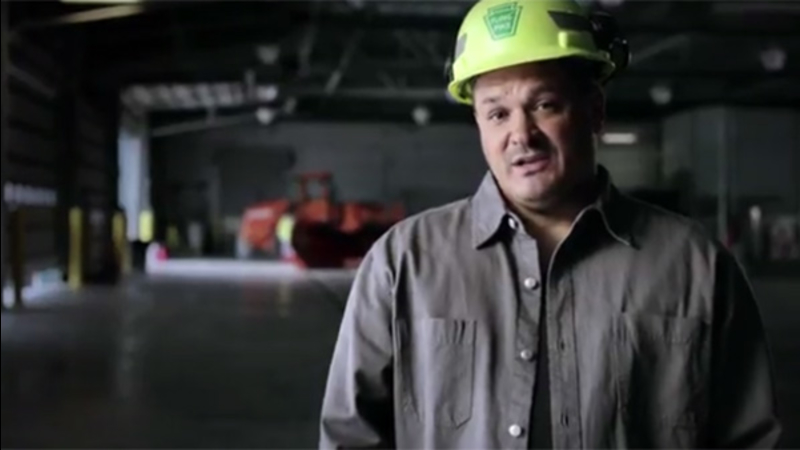 It is called Operation Orange Squeeze.

Troopers will stake out with radar guns inside construction vehicles and the Turnpike's orange dump trucks to enforce speed limits within work zones.

"Drivers won't know where or when our troopers will be cracking down, so they should always obey the posted speed limit and travel with headlights on in work zones," said Lieutenant David L. Cain, acting Troop T commander. "Motorists who are cited in a work zone travelling 11 mph or more over the speed limit could face around $200 in fines plus a 15-day suspension of their license."

The safety initiative comes in the wake of recent deaths of roadside work crews.

Michael R. San Felice, of West Norriton, Pa., was killed Oct. 22, 2012 in a crash in Montgomery County, as he was picked up debris on the shoulder of the road.

"All of us at the Turnpike were deeply affected by Bill's unfortunate death, especially his colleagues at the Devault maintenance facility; we are determined to do whatever we can to get motorists to slow down," said PA Turnpike CEO Mark Compton. "The commission is committed to raising awareness about the harsh consequences of speeding in work zones. Bill left behind a wife and two grown daughters whose lives were shattered when the state police knocked on the door that day to bring the sad news."

The Turnpike says in its history more than 30 employees have died while performing their duties and many of those deaths occurred in work zones.

The campaign will launch first in Philadelphia and the surrounding counties, in May, and then spread to the rest of the state.

The Turnpike is asking drivers to visit http://operationorangesqueeze.com/ for more information.