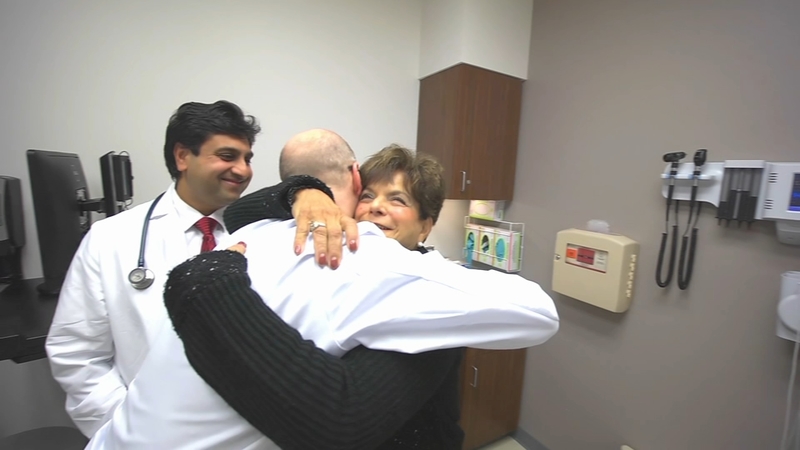 NORTH PHILADELPHIA (WPVI) -- Pacemakers and defibrillators have saved an untold number of Americans with heart problems.

Still, some who could benefit from them are reluctant to get them. In this week's Moves in Medicine, we correct a few misconceptions.

Carol Penzarella of Ocean City, N.J., believes in living life to the fullest.

But at age 52, an infection in Carol's heart sent her to the emergency room.

"Like 3 times in one night, I was having trouble breathing," Carol recalls.

A bit of plaque apparently broke off inside a blood vessel, triggering the crisis.

Her heart rhythm had become abnormal, causing a fluid buildup and heart failure.

Carol received an implanted defibrillator, to shock her heart back from the brink whenever it went into a dangerous rhythm.

"I was in bed one night, going to sleep. My body jumped up like a springboard, and it shocked me right back in," Carol recalls.

She says the device has also activated on other occasions.

Dr. Joshua Cooper, director of cardiac electrophysiology at Temple Health, says many people mistakenly think defibrillators and pacemakers are only for the elderly.

"If somebody has a weak heart or an extra thick heart related to a genetic conditionm they may be at risk for having future life-threatening arrhythmias," Dr. Cooper says.

"Sometimes, it's hard to convey to patients who feel perfectly well, that they may be at risk," he continues.

Dr. Cooper says another misconception is that these devices are bulky, and put a crimp in life.

In reality, what was once so big it had to be put in the belly now barely makes a bump under the skin.

And, he adds, "There are ways of implanting the device with an incision either under the armpit or under the breast in an area that's not visible."

"In general, pacemakers last 10 or more years. and defibrillators, nowadays very, usually 6 to 12 years," he says.

Carol says defibrillators have kept her healthy, and feeling like a teenager.

When she's sick now, it isn't her heart.

She now urges anyone who may need a heart device -

"Run, don't walk to the doctors,. I mean, seriously, it is, it's a lifesaver," Carol says enthusiastically.