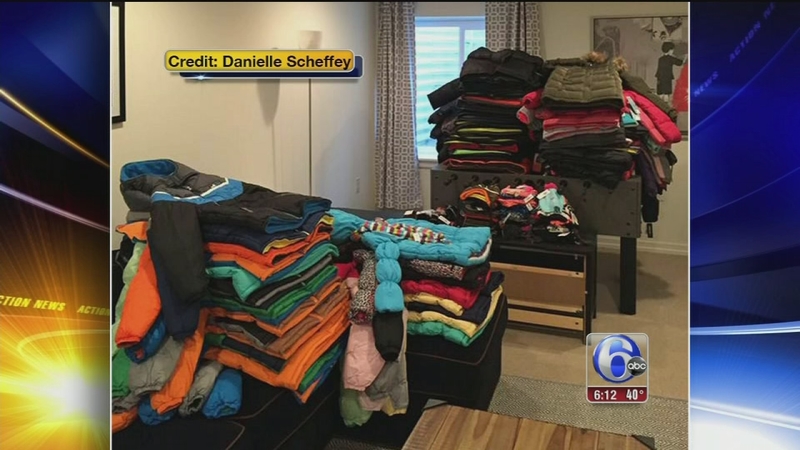 Person of interest in custody in NoLibs kids coats theft

NORTHERN LIBERTIES (WPVI) -- A person of interest wanted for stealing packages off porches in Northern Liberties is in custody.

Residents called police Wednesday afternoon after a man matching the description tried to strike again near 5th and Poplar.

Meantime, Danielle Scheffey, a victim we profiled Tuesday, says she's blown away by the donations that have poured in from the community.

Scheffy posted a picture on Facebook of the dozens of coats she has received since.

The incident happened last Friday on the 800 block of North Lawrence Street in Northern Liberties.

Police say the suspect walked up to the home, and then walked away with three of four packages left by UPS on the front step.

"First of all, it was bold. It's a bold move. It was about 4:20 p.m. Broad daylight," victim Danielle Scheffey told Action News.

"It was really disappointing because I knew that some of those packages weren't things I bought. And I knew that they were probably donations for the kids. And when I was finally able to find out what was in the boxes and who had sent them, I found out that three less kids now are going to be getting a coat this year," Scheffey said.