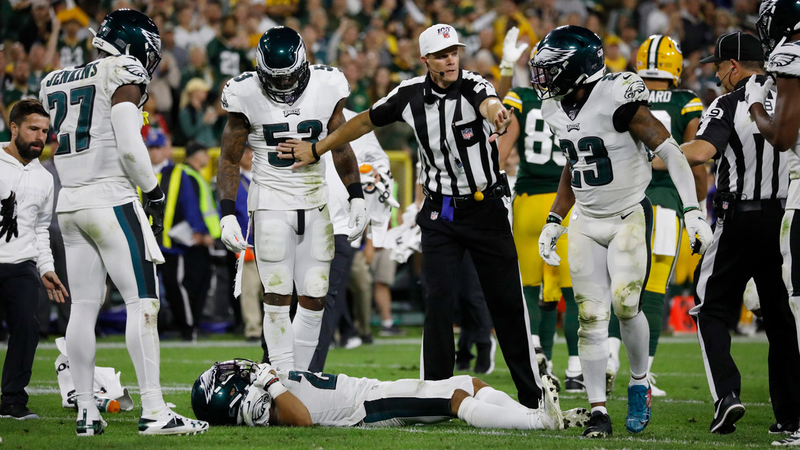 Philadelphia Eagles cornerback Avonte Maddox was taken off the field on a stretcher late in the fourth quarter Thursday against the Green Bay Packers.