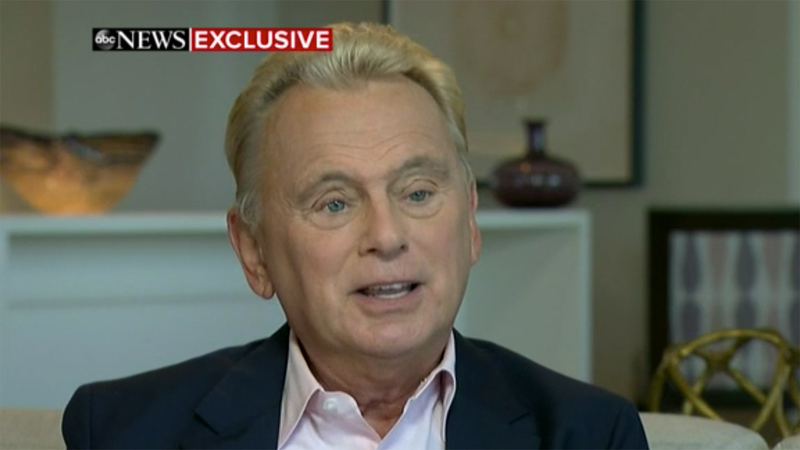 For the first time since his health scare and surgery, "Wheel of Fortune" host Pat Sajak is speaking publicly on Good Morning America.

In November, 74-year-old Sajak needed emergency surgery to correct a blocked intestine, and taping for the show was canceled for a day.

Due to his health condition, Vanna White filled in to host, and Mickey Mouse, Minnie Mouse and other Disney characters took her spot on the puzzle board. She filled in for him once before for one segment of the show, when Sajak had laryngitis in 1996.

Vanna steps in as host and Mickey, Minnie, Donald, Goofy, and Pluto join in the fun! pic.twitter.com/dEpHLxjTMU

Sajak has hosted the ABC game show for more than 40 years and 7,000 episodes, so when he stepped out suddenly, fans were concerned.

"You said they had to operate right away. Was it life or death at that moment?" ABC correspondent Paula Faris asked Sajak.

Sajak said the "excruciating" pain came suddenly after a walk with his daughter, and within two-and-half hours, he was in surgery.

After a successful procedure, he said he feels great and has returned to work, even now spinning the famous wheel.

"And nothing has popped!" he joked.

The game show host also praised White for stepping up to the plate, even though it was "bizarre" to see the show go on without him.

"What a trooper, and I'm not being condescending in any way 'cause it would have been well within her right to say, 'Wait a minute. This is not what you're paying me for,'" he said.

At first, White was nervous and uncomfortable, according to Sajak, but he said he thinks she did a great job.