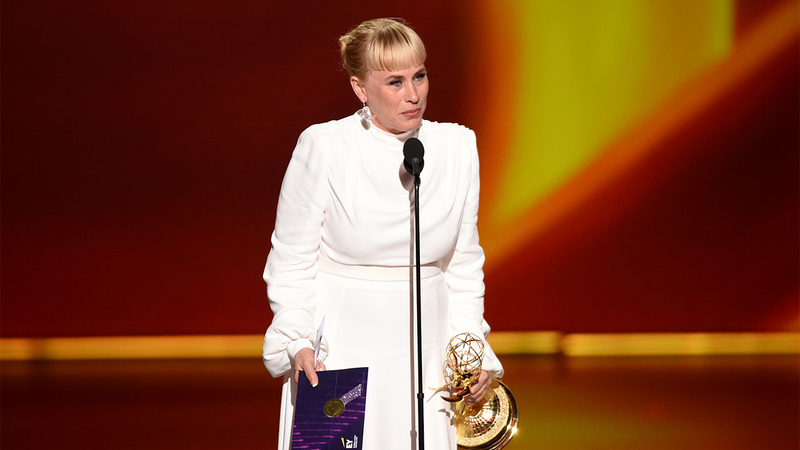 Patricia Arquette walks the purple carpet at the 2019 Emmys

LOS ANGELES -- Patricia Arquette is having a "wonderful time" in her acting career, but the Emmy winner is still personally struggling with the death of her transgender sister.

Arquette said backstage Sunday night that she has been grieving heavily since Alexis Arquette was killed at the age of 47 in 2016. She made a tearful tribute to Alexis during her acceptance speech after she won best supporting actress in a limited series for her role in the Hulu series "The Act."

During her speech, the 51-year-old actress urged an end to the persecution of trans people: "In my heart, I'm so sad...I'm in mourning every day of my life, Alexis, and I will be the rest of my life for you until we change the world so that trans people are not persecuted."

Arquette said backstage that the continuous jokes about trans people are "unacceptable." She also urged for more employment for trans people, who she says are in "deep poverty."

"They're human beings," she said onstage during her acceptance speech. "Let's give them jobs."

Alexis Arquette died from a heart attack and battled HIV for 29 years, according to her death certificate. She was 47.