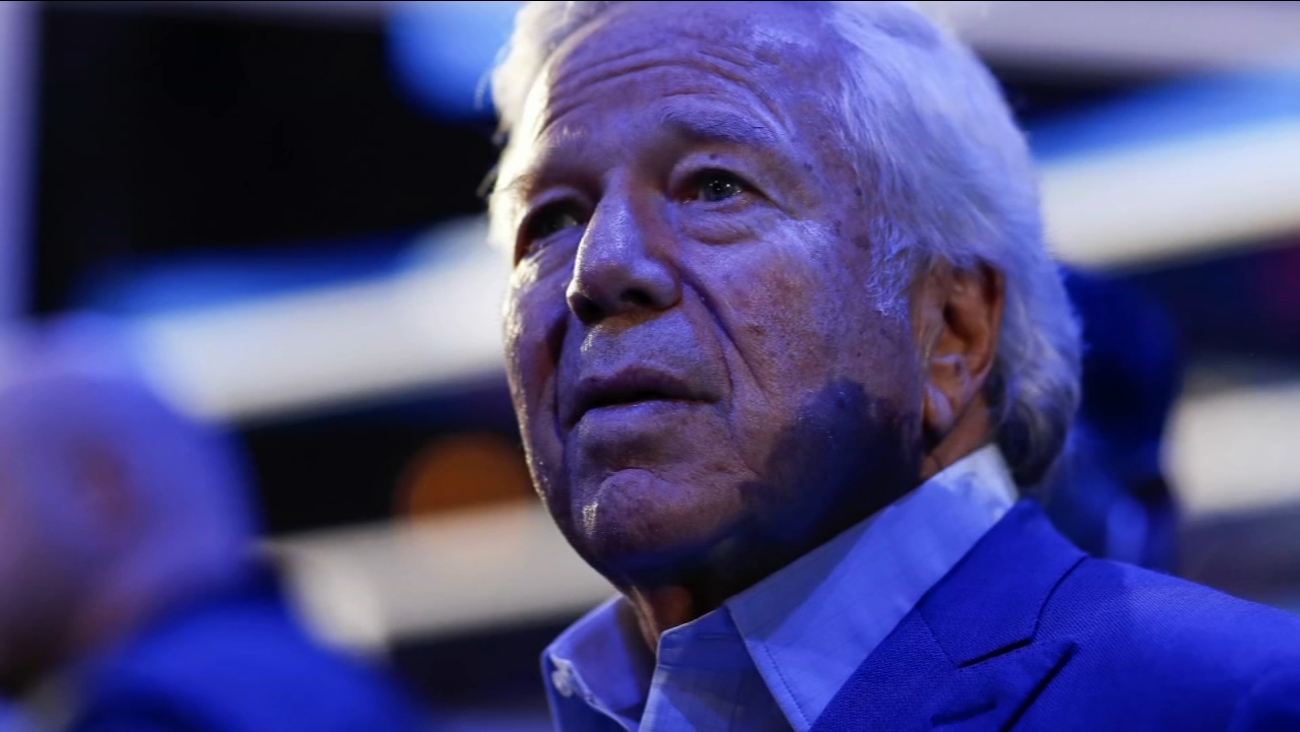 "I am truly sorry," Kraft said in a statement Saturday. "I know I have hurt and disappointed my family, my close friends, my co-workers, our fans and many others who rightfully hold me to a higher standard."

The statement was first reported by ESPN.

Kraft said he has "extraordinary respect for women," adding that his morals were shaped by his late wife. Myra Kraft died in 2011.

"Throughout my life, I have always tried to do the right thing. The last thing I would ever want to do is disrespect another human being," he said.

"I expect to be judged not by my words, but by my actions. And through those actions, I hope to regain your confidence and respect," Kraft said.

This week, attorneys for 77-year-old Kraft and other men charged in multiple Florida counties asked a judge to block the release of video recordings that police say show them engaging in sexual acts. The Associated Press is part of a media coalition trying to get the evidence in the case released.

Prosecutors have offered to drop the charges if Kraft and the men enter a diversion program for first-time offenders. That would include an admission they would be found guilty if their case went to trial, a $5,000 fine, 100 hours of community service and attendance in a class on the dangers of prostitution and its connection to human trafficking. They would also have to make a court appearance and be tested for sexually transmitted diseases.

Attorneys representing other defendants told the AP their clients won't accept the offer because it is much tougher than what is offered in other Palm Beach County solicitation cases.

Kraft has an arraignment court hearing scheduled Thursday, though he is not expected to appear in person.

Kraft is one of about 300 men charged between Palm Beach and Orlando as part of a crackdown on illicit massage parlors and human trafficking. Ten parlors have closed and employees have also been charged. Many of the women are originally from China and were forced to live in the spas and not allowed to leave without an escort, according to investigators.

According to police records, Kraft was chauffeured on the evening of Jan. 19 to a Jupiter massage parlor, where officers secretly recorded him engaging in a sex act and then handing over an undetermined amount of cash.

Investigators said Kraft returned 17 hours later. Kraft, who is worth $6 billion, was again videotaped engaging in sex acts before paying with a $100 bill and another bill, police said.

Hours later, he was in Kansas City for the AFC Championship game, where his Patriots defeated the Chiefs. His team then won the Super Bowl in Atlanta, the Patriots' sixth NFL championship under his ownership.